WASHINGTON (AFP) – Three people were killed and 11 others wounded on Saturday after multiple shooters opened fire into a crowd in the United States (US) city of Philadelphia, according to police.

The shooting took place on a busy street known for its nightlife.

Police Inspector D F Pace told reporters two men and a woman had been killed, adding that officers responding to the incident “observed several active shooters shooting into the crowd”.

“You can imagine there were hundreds of individuals enjoying South Street, as they do every single weekend, when this shooting broke out,” Pace said.

He said “numerous” officers were already on the scene when the first shots were heard, describing it as a “standard deployment” for the area on summer weekend nights.

A responding officer fired at one of the shooters, who dropped his gun and fled, though it was unclear whether the man was hit, Pace said. 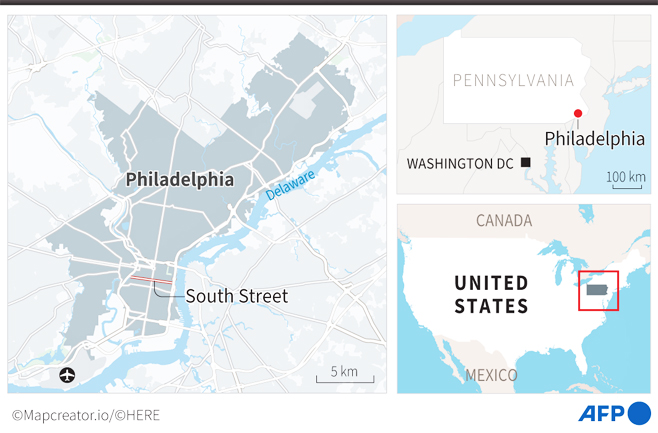 Local media reported no arrests had been made.

Pace said two semi-automatic handguns, one with an extended magazine, were recovered at the scene.

He added that police would have to wait until morning to review surveillance footage from nearby businesses that were closed on Saturday night.

Pace described the investigation as “fluid”, saying there were still “a lot of unanswered questions”.

The US has been rocked by a series of high-profile shootings in recent weeks, including at a school in Texas, a grocery store in New York and a hospital in Oklahoma. The incidents have collectively left dozens dead.

Bystander Joe Smith, 23, told The Philadelphia Inquirer his mind flashed to the recent incidents when he heard the first shots ring out on Saturday.

“Once it started I didn’t think it was going to stop,” he told the outlet. “There was guttural screaming,” he added. “I just heard screams.”

The Inquirer reported that another person was fatally shot just blocks from the scene about two hours later, but police said that the two incidents were not believed to be linked.

During warmer months, gun violence tends to spike in the US, where there were an estimated 393 million guns in circulation in 2020, more than the number of people.