Three convicted in 2014 downing of Malaysian jet over Ukraine 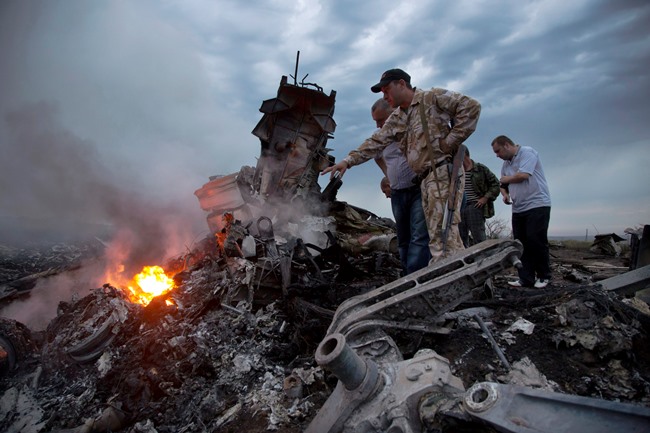 SCHIPHOL, Netherlands (AP) – A Dutch court on Thursday convicted three men of murder for their role in shooting down a Malaysia Airlines passenger jet with a Russian surface-to-air missile, killing all 298 people aboard the aircraft as it flew over a separatist-controlled region of eastern Ukraine in 2014.

The convictions, along with the life sentences handed to the two Russians and a pro-Moscow Ukrainian who were tried in absentia, were seen as directing the blame for the jet’s downing at the government of Russian President Vladimir Putin, even though the Kremlin has always denied any connection to it.