PARIS (AFP) – The global monkeypox outbreak has been receding for months, but experts warn against prematurely declaring victory because a resurgence remains possible and the virus still circulates in the African countries where it has long been endemic.

Since monkeypox suddenly started spreading across the world in May, more than 73,000 cases and 29 deaths have been recorded in over 100 countries, the World Health Organization (WHO) said.

Nearly 90 per cent of the cases have been among men who had sex with men, the WHO said.

But since peaking in July, infection numbers have consistently fallen, particularly in Europe and North America, the hardest hit areas in the early stages of the global outbreak.

The number of new global cases fell by 20 per cent in the seven days up to yesterday compared to the previous week, the WHO said.

Case numbers are still however increasing in some areas including in South America, with infections rising seven per cent in Peru during that time.

“We are heading towards the end, but we are not there yet,” environment and infectious risks unit head Jean-Claude Manuguerra at France’s Pasteur Institute told AFP. 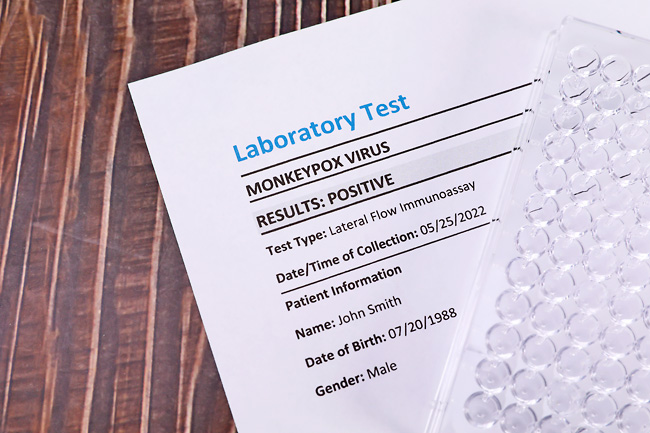 WHO chief Tedros Adhanom Ghebreyesus said last week that “a declining outbreak can be the most dangerous outbreak, because it can tempt us to think that the crisis is over, and to let down our guard”.

Several experts told AFP the main reason cases had fallen was a change in behaviour by at-risk communities, particularly men who have sex with men, though vaccination has also played a role.

Surveys have found that around half of men who have sex with men reduced the number of their sexual encounters because of monkeypox. Campaigns by organisations in those communities have helped raise awareness, Manuguerra said, adding that such groups were “closer to the ground and perhaps more listened to than the authorities”.

However, the vaccines, which were originally developed to fight smallpox, are still recommended to protect against monkeypox.

The European Centre for Disease Prevention and Control (ECDC) said this week that robust data on the effectiveness of the vaccines was “still lacking”.

A preliminary analysis by the United States Centers for Disease Control and Prevention last month however found that unvaccinated people were 14 times more at risk of getting monkeypox.

Warning that “significant uncertainties remain”, the ECDC laid out four possible scenarios for how the outbreak could evolve.

The worst case scenario is that monkeypox has a resurgence worldwide as the behaviour of at-risk groups returns to normal.

A likely scenario is that the virus stays at a relatively low level, with sporadic outbreaks “almost exclusively” among men who have sex with men, the ECDC said. Or monkeypox could wane or even be eliminated completely. Monkeypox is much less contagious than COVID, and does not mutate into other variants as rapidly.

However, “the more cycles of infection there are, the more likely monkeypox is to change and adapt”, Maluquer de Motes said.

Despite spreading across the world this year, the majority of deaths have come where monkeypox has long been killing people: in the 11 African countries where it remains endemic.

Elsewhere monkeypox has spread via human contact, but in these African regions, outbreaks mostly occur when people catch it from animals, mainly rodents, in rural areas.

This means the source of the virus in Africa remains, warned virology head Steve Ahuka-Mundeke at Congo’s medical research institute INRB. “We may have new exported cases and a new outbreak wave at any time,” he said.

In recent months “we have again seen that global strategies are only deployed when northern countries are affected – which does not at all absolve the African health authorities”, he added.