BANGKOK (AP) — Thousands of pro-democracy demonstrators rallied in central Bangkok yesterday, a day after a chaotic protest outside Parliament was marred by violence that left 55 people injured, including as many as six with gunshot wounds.

Tuesday’s protest had been held to encourage lawmakers to approve a motion that would lead to substantive constitutional change. The protesters gathered peacefully yesterday at a major intersection and then moved as night fell outside the nearby national police headquarters, its gates protected by razor wire and riot police. 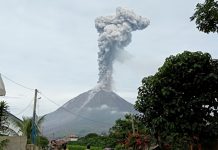 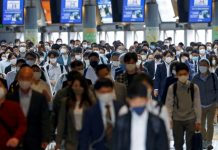 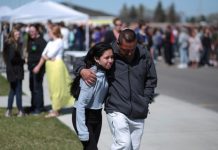