THE WASHINGTON POST – If I had to choose one dessert to eat for the rest of my life, it would be a lemon tart, hands down. I’ve eaten my fair share of them and whenever a new pastry shop opens up, a lemon tart (along with a flaky croissant) is the litmus test that will determine if I’ll return.

I love the brightness a good lemon tart delivers. It’s my go-to birthday dessert, which I make myself partly because I enjoy the process and partly because I’m persnickety about how I like it – with a buttery cookie-like crust and a boldly tart filling with little flecks of lemon rind.

I revel in the minimalist elegance of this simple dessert: To me, the most beautiful lemon tart is one that’s barely dusted with confectioners’ sugar. Whipped cream or meringue dulls its bracing acidity, which is the whole point of this pastry.

And even though I believe that lemon tarts are a year-round dessert, at no time are they more welcome than midwinter, when the new year starts to feel lived-in, the resolutions have come and gone and the charm of colder weather and brown comfort food wears off.

Although I’ve made many kinds of lemon tarts through the years, it took this assignment to arrive at my favourite version. 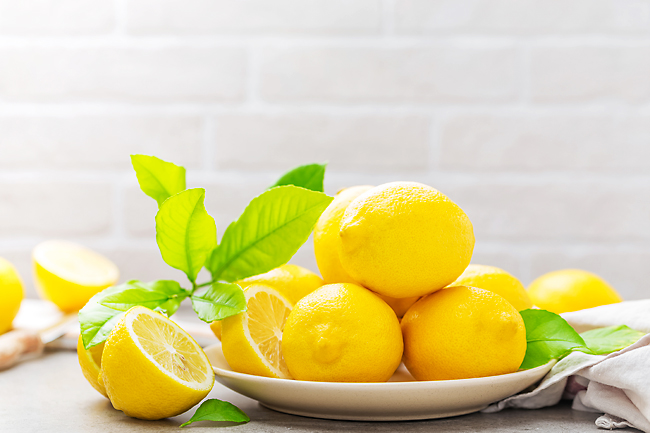 I knew I wanted to crack the code on using a whole lemon, similar to one I’ve made for more than a decade based on Dorie Greenspan’s recipe in Paris Sweets. Instead of making lemon curd, you add the whole fruit (minus the seeds) and puree it with other filling ingredients. The tiny bits of lemon rind suspended in a smooth emulsion and the subtle bitterness imparted by the pith give the filling dimension and keep it from getting cloying.

Still, I knew I could improve on near-perfection. First, I tackled the crust, a fairly traditional pâte sucrée, which has a buttery cookie-like snap. I scaled back the sugar and found it still retained a desired crispness. A tablespoon of lemon zest gave the crust bright flavour, and a whole egg, rather than just a yolk, created a sturdier texture for easier rolling out. And, as I contemplated the sticky dough that stuck to even a well-floured counter, I decided that rolling it out between two pieces of parchment made for a less frustrating experience.

In approaching the filling, though I loved the simplicity of pureeing the whole lemon with butter, sugar and eggs, I wanted a more unabashedly lemony flavor. I found it in the same lemon that gave up its zest to the crust. Adding that second lemon to the filling ingredients delivered precisely the bright pucker I longed for.

My laziness served up a timesaving simplification when I decided to see what would happen if I threw cubed, cold butter into the food processor (the original recipe calls for the butter to be melted). The mixture came out curdled, which worried me, but I poured it into the crust and baked the tart anyway. The resulting texture was identical to the one made with melted butter. In my final test, as I grew bolder and lazier still, I cut the butter into four pieces and it pureed just the same.

You can certainly argue that the easiest lemon tart is the one you buy at a bakery, but I implore you to try this one. It may look like a fancy French dessert, but it’s blissfully forgiving and demands little baking proficiency.

It’s rare that less effort delivers a better outcome, but this tart is proof-positive such a thing exists. Try it – and see for yourself.

Using the whole lemon in a lemon tart, instead of lemon curd, was an idea editor Olga Massov first encountered in Dorie Greenspan’s book Paris Sweets. Greenspan learned it from Rollet-Pradier, a patisserie in Paris. Instead of making curd, you puree a whole lemon with other filling ingredients and bake – a faster and easier process.

Here, the process is streamlined further, resulting in an even easier and more lemony tart. Lemon zest in the crust adds flavour, and using a whole egg instead of just a yolk allows for easier rolling out. The filling incorporates cold butter and eggs, less sugar and more lemon for a brighter pucker.

Make Ahead: The tart dough can be made, tightly wrapped and refrigerated for up to two days or frozen for up to three months. If freezing, wrap in foil after wrapping in plastic to prevent freezer burn. The tart shell can be par baked up to 12 hours in advance.

Storage Notes: The lemon tart can be stored at a cool room temperature for up to one day or covered and refrigerated for up to three days.

One tablespoon finely grated lemon zest (from one large lemon)

One large zested lemon, from the crust above, white pith removed, sliced and seeded

In a food processor, combine the flour, sugar, zest and salt and pulse to combine. Add the butter and pulse until a coarse meal forms, about 12 pulses. Add the egg and pulse just until the dough comes together in large clumps, 20 to 25 pulses or so. (Pay attention to the sound the motor makes; it should change right around this point.) Pinch the dough – it should hold together. Press the dough into a disk, wrap in plastic wrap and refrigerate for at least one hour and up to two days.

When ready to roll out the dough, place it between two large sheets of parchment paper and roll out to about 12 inches in diameter and 3/8-inch thick. Line a 9- to 9 1/2-inch tart pan with the dough. The dough will be very soft and may start to tear; that’s OK, just patch it up. Gently press the dough into the bottom and up the sides of the tart pan. As you press the dough against the sides of the pan, also gently press the overhang with your fingertips against the edge of the pan – it should break off easily. Dock the crust on the bottom and sides with a fork – this helps prevent the tart from puffing up. Freeze for one hour before par-baking.

When ready to bake, position a rack in the middle of the oven and preheat to 375 degrees. Place the tart pan on a large, rimmed baking sheet and cover the dough with aluminium foil, gently pressing the foil to fit snugly over the bottom and edges of the shell. Fill with pie weights (or rice, beans or pennies).

Bake for 20 to 25 minutes, until the dough no longer appears raw, then carefully peel away the foil and bake for an additional five minutes, or until the crust slightly pulls away from the edges of the pan and the edges of the crust are light golden brown. Transfer to a wire rack and let cool for at least 30 minutes and up to overnight before filling.

Make the lemon filling and tart

Position a rack in the middle of the oven, and preheat to 325 degrees. Line a large, rimmed baking sheet with parchment paper and place the tart crust on top.

With the processor motor running, add the eggs, one at a time, followed by the yolk, and process until smooth. Add the cornstarch and process to incorporate. Remove the bowl from the processor and gently tap it on the counter a few times – this will remove some of the air bubbles – and pour the filling into the crust. The filling may look curdled; that’s OK. (Using a food processor results in a mostly smooth filling with tiny bits of lemon, which add some zing. If you prefer a smooth filling, use a blender to process.)

Bake for 40 to 45 minutes, or until the filling looks set; it may jiggle a little in the centre. (Don’t worry if the top cracks.) Insert a toothpick or cake tester in the centre of the filling – it should come out clean. If not, bake for an additional five minutes and check again. Transfer the tart to a wire rack and let cool to room temperature before serving, or refrigerate until ready to serve.

Just before serving, gently pop out the tart out of the pan and transfer it to a plate. Dust the top of the tart with confectioners’ sugar, slice and serve.

NOTE: If the pith of the lemon is thicker than a quarter inch, finely grate the lemon zest and transfer it to the bowl of a food processor. Trim the tops and bottoms of the lemons and stand them upright. Using a paring knife, follow the curves of the lemons to trim away the pith. (Thick pith may make your filling bitter.) Cut the fruit into slices and discard the seeds. Transfer the lemon flesh to the food processor bowl and proceed with the recipe. 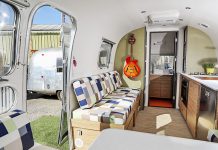 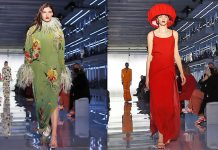 One soldier killed, two others injured in fierce fight in northern...