These diet tips can help manage this hormonal condition in women

ANN/THE STAR – Polycystic ovarian syndrome (PCOS) is a common hormonal condition in women, and most don’t know anything about it.

When I first heard about it at a conference many years ago, I felt like the speaker directed his talk specifically to one of my family members.

She struggled with her weight most of her life.

As a teen, she developed acne and unusual hair growth on her face. And her menstrual periods were irregular.

I contacted her when I got home from the meeting and encouraged her to get tested for PCOS.

Sure enough, that was her diagnosis. Many years later, the diagnosis and treatment of PCOS still remains a challenge.

That’s because its cause is complicated.

At the heart of the various symptoms of this disease are abnormal hormone levels.

And experts now believe PCOS may be partly determined by heredity (genetics), as well as environmental factors (lifestyle choices). That’s where nutrition comes in.

Obesity and insulin resistance (the first step toward type 2 diabetes) are hallmarks of this condition.

And while several different diet approaches have shown promise, no specific diet is absolutely recommended for the treatment of PCOS.

Some common dietary patterns have produced good results in women with PCOS, however. 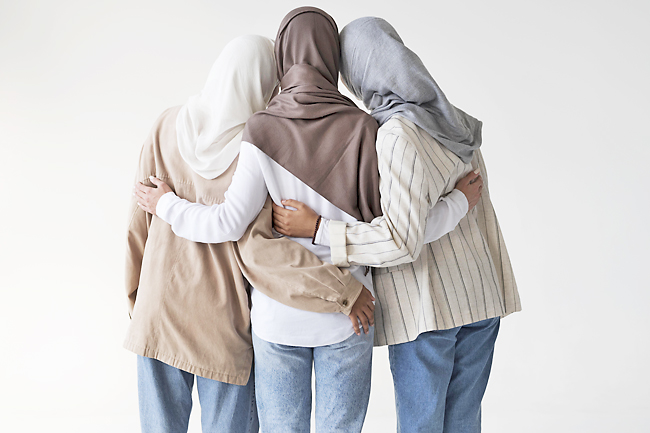 Here are some recommendations based on a review of the topic:

RICH IN FRUITS AND VEGETABLES

And not just because they are extremely low in calories and brimming with nutrients.

Some evidence suggests a healthful mix of good bacteria in the gut – fed by the fibres in fruits and vegetables (prebiotics) – may help fight the inflammation and perhaps improve abnormal hormones in women with PCOS.

And believe it or not, the beneficial microbes fed by these plant-based fibres also appear to play a role in fighting off obesity.

Besides contributing to weight gain, high intakes of sugar throw the delicate balance of good gut bacteria out of whack.

Some postulate this may lead to inflammation, off-balance hormones and insulin resistance – good reasons for PCOS patients to keep added sugars to a minimum.

To date, most of the diets that have found favourable results for PCOS patients include eggs, fish, poultry, lean meats, dairy foods and other protein sources.

So far, the Mediterranean and DASH (dietary approaches to stop hypertension) eating patterns seem to stand out as valid options for women with PCOS.

Both are rich in fruits and vegetables, low in sugar and moderate in protein.

These diets also encourage the intake of nuts, legumes, olive oil and fish, which contain ingredients that may improve the symptoms of PCOS.

What’s around the corner for the dietary treatment of this complex condition?

Hopefully, more large-scale studies. We still have a lot to learn.