ANN/THE STATESMAN – “My dear if you could give me a cup of tea to clear my muddle of a head, I should better understand your affairs”, famously said Charles Dickens once while appreciating a cup of tea.

True, nothing can replace tea when one wants that daily dose of caffeine in our favourite cup every morning. World Tea Day on May 21 reminds us how tea has an important role in our daily lives.

No guest reception, gathering or catching up of friends is complete without rounds of tea cups. Tea, not only has an association with professional and formal meetings but is strongly associated with celebrating rain and monsoon.

Indians would know best how they crave to have that masala or ginger tea with Pakora, amidst those first drops of monsoon rain falling on the parched and dry soil. In fact, tea is a universal phenomenon and a cup of tea needs no reason or occasion. We create the reason to brew our favourite flavour of tea.

While the variety ranges from black tea to lemon tea, green tea, yellow tea, white tea, masala tea or a cutting chai, tea is a part of every-one’s lives. The International Tea Day is all about having a cup of tea to restore your normality. 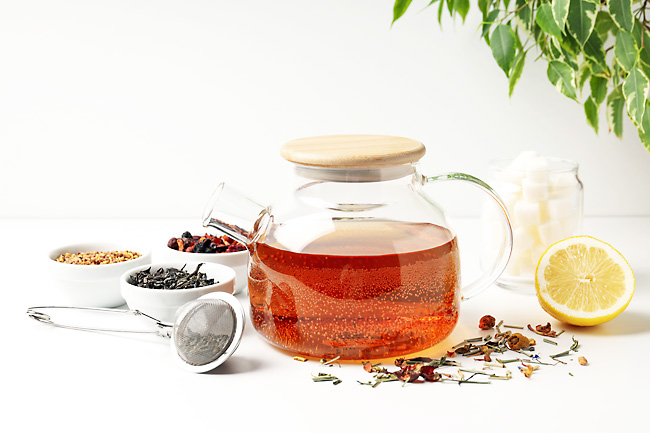 Tea became more important during COVID-19. Pandemic required us have our immunity stronger and tea, mixed with herbs and masala was considered to be the best bet. We are flooded with varieties – masala tea, kashmiri kahwa, ginger tea, tulsi tea, sulaimani tea, ronga tea, lemongrass tea, green tea, and many more, filled with cup-full of health in a natural way during the pandemic. India has given the world all together a new way of consuming it. Tea is not just consumed to kick up the mood or senses, a long-standing tradition of herbal teas is the reason for strong recommendation for mixing tea with certain ingredients used in Ayurveda practices for immense health benefits. Tea prepared with certain traditional ingredients used in Indian kitchens have proven medicinal benefits. Various plants and spices such as tulsi, cardamom, black pepper, mulethi, mint, etc have been consumed for ages for their medicinal values and when mixed with tea it enhances not only the taste but also adds the health to our cup of tea.

The taste of chai (sweet and milky), helps disguise the stronger and more bitter flavours of some of the medicinal additives, while others such as cardamom, clove and ginger add a pleasing flavour and aroma to the tea along with health benefits.

Today, India is one of the largest tea producers in the world, with over 70 per cent of the domestic tea being consumed within India itself. The Indian tea industry has grown to own many global tea brands, and has evolved to be one of the most technologically equipped tea industries in the world.

Head of the UK Tea Infusion Association (UKTIA) Dr Sharon Hall, while talking to one of the portals said, “If there’s something the Brits do well, it is popping on the kettle and brewing a good cup of tea. It is a tradition that dates back to the 16th Century when Charles II married the Portuguese princess and tea lover Catherine of Braganza.” The first ever report published by UKTIA reveals that most people think that black tea comes from China (39 per cent) or India (37 per cent) but most of the tea drunk in the UK actually comes from Kenya, although it is often blended with other teas such as Assam tea from India, Ceylon teas from Sri Lanka and black teas from Rwanda and other east African nations.

And according to the UKTIA Tea Census Report, the brew we choose depends on our mood, with more than half of those polled (56 per cent) confirming our feelings are a factor in our choice of tea or infusion. Our all-purpose pick is black tea, which we sip when we’re feeling hungry, lonely, nostalgic, bored, sad, angry, motivated, or happy.

In 2018, over 50 lakh tonnes of tea was consumed globally, according to the Food and Agriculture Organization (FAO) of the United Nations.

However, the origin of tea has its own history. The origin of tea plantations dates back to 5,000 years. Like many cultures, tea enjoys a special space in Indian culture. With more than 100 varieties being consumed in the country, India is among the top four producers of tea.

Around 90 lakh farmers from China, India, Kenya and Sri Lanka depend on tea production for income.

The credit for creating India’s vast tea empire goes to the British, who discovered tea in India and cultivated and consumed it in enormous quantities between the early 1800s and India’s independence from Great Britain in 1947.