CNA – If you often chalk up your wife’s mood swings and bizarre cravings to menopause as she approaches middle age, you’ve got another thing coming.

Those hormonal changes she’s experiencing are also happening to you.

But wait, you’re a man and your oestrogen level isn’t diving off a cliff, which is what happens in menopausal women, you said. Or perhaps you think you still have many more years to go before you have to worry about hormonal changes.

Consider this a wake-up call: It’s not oestrogen but testosterone that is going to taper off as you get older.

Also known as andropause, it can occur as early as in your 40s, said Urologist at Mount Elizabeth Hospital and Parkway East Hospital Dr Ronny Tan.

And unlike menopause, which typically condenses its accompanying symptoms into the ages of 45 to 55 in women, andropause can stretch over decades in men. 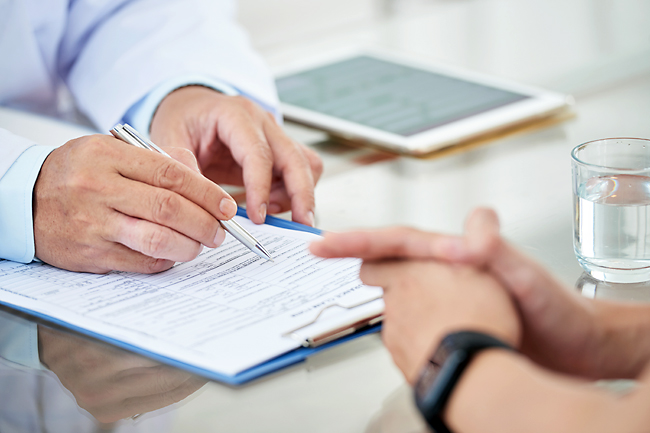 According to Dr Tan, testosterone levels generally start to drop by one per cent every year after age 40. Most men would show signs in their 50s, he said, which include erectile dysfunction, loss of morning erections, drop in libido, decreased energy levels and loss of muscle mass.

Some men may also develop breasts or what the doctors term gynaecomastia. There are various reasons for this, and one of them is the imbalance of the oestrogen and testosterone ratio in the body (yes, men have oestrogen, too, just in different levels from women), said Dr Chiam Tut Fu, the medical director of Thomson Wellth. As the testosterone level dips, the ratio will favour the development of male breasts.

Individuals who have a high body fat percentage may also develop gynaecomastia. “The enzyme, aromatase, is found in fatty tissue and this enzyme converts testosterone to the oestrogen known as oestradiol,” said Dr Tan. “Increased oestradiol can result in development of breast tissue in men.”

If you haven’t heard about andropause, well, men just aren’t the type to discuss such topics. Furthermore, it is “not as well studied as menopause”, said Dr Kaysar Mamun, a senior consultant at Singapore General Hospital’s Department of Geriatric Medicine on the HealthXchange website.

And if you do hear about it, it’s not uplifting news: According to the same website, 26.4 per cent of men in Singapore suffer from low testosterone levels in clinic-based health screenings conducted on 1,000 men between 2007 and 2009. As for more recent statistics? “There are no real figures on andropause prevalence in Singapore,” said Dr Chiam.

The lack of awareness in men could be attributed to how unspecific testosterone deficiency’s signs are. Take a look at the symptoms: Drops in energy level and muscle mass, sexual dysfunction, mood changes and weight gain – they could just be easily caused by other issues, including stress. “Testosterone deficiency is also associated with metabolic syndrome (refers to a cluster of conditions that occur together, such as high blood pressure, high cholesterol levels and diabetes), which generally have no specific symptoms,” said Dr Tan.

Of course, there are also men who do not experience any changes at all even as they undergo andropause. “There are always individual differences in the expression or manifestations of any symptoms of any disease, and it is similar for low testosterone,” said Dr Chiam. “This is why not all will experience andropausal symptoms.”

Furthermore, those with a slower decline of testosterone levels are less likely to experience symptoms, he said.

Your testosterone level varies throughout the day and are affected by your weight, diet, certain medications (eg hormones for prostate cancer). But doctors agree that testosterone typically peaks in the morning, near 8am. So if you’re going in for a test, this is why doctors prefer to schedule it early in the day.

The male hormone can exist in your blood in three ways: Moving freely in your blood (less than four per cent) or bound to either of these two proteins, albumin (less than one third) or sex hormone binding globulin (aka SHBG; taking up about two thirds), according to University of Rochester Medical Center’s website. The free testosterone and albumin-bound version are the ones that your body can use readily, or what is known as bioavailable testosterone.

Most tests measure total testosterone in your blood, which already provides your doctor with sufficient information. “Normal blood total testosterone level is between 300 nanogrammes per deciliter (ng/dL) and 1,000ng/dL,” said Dr Chiam.

Interestingly, even though we’d earlier established that age does have an effect on testosterone levels, they don’t necessarily work out that way. For instance, Dr Ciril Godec, the chief urologist at Downstate Long Island College Hospital, noted on Healthline that he’d seen a patient in his 80s with a testosterone level of 600ng/dL, while another in his 30s has just 150ng/dL. But on the whole, “men with testosterone levels of 8 nmol/L (or 230 ng/dL) or less would be diagnosed to have testosterone deficiency, provided they have symptoms mentioned earlier,” said Dr Tan.