There is no Planet ‘B’

ANN/THE STAR – Climate change is said to be the biggest threat to humanity today.

We are already experiencing its devastating impacts such as sea-level rise that leads to coastal erosion; drier weather leading to drought, and intense rainfall.

The World Health Organization’s (WHO) overview on climate change states that this environmental dilemma is impacting human lives and health in various ways.

It threatens the essential ingredients of good health – clean air, safe drinking water, nutritious food supply and safe shelter – and has the potential to undermine decades of progress in global health.

“Between 2030 and 2050, climate change is expected to cause approximately 250,000 additional deaths per year from malnutrition, malaria, diarrhoea and heat stress alone. The direct damage costs to health are estimated to be between MYR8.8 billion and MYR17.6billion per year by 2030,” it said.

During the United Nations (UN) Climate Change Conference in Glasgow last November, leaders agreed that carbon dioxide emissions must be reduced by 45 per cent by 2030.

Leaders also acknowledged the need to move away from fossil fuels and pledged to cut carbon dioxide emissions further. 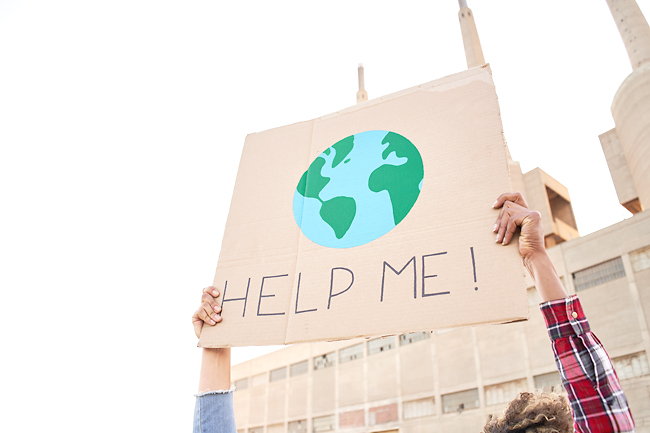 The theme of World Earth Day 2022 is ‘Invest In Our Planet’, where businesses and individuals are encouraged to shift towards sustainable practices.

People all over the world need to rethink their daily habits and reduce their carbon footprint.

There is no Planet B. So let’s do our part to take care of Mother Earth. Impact of climate change

According to the Arctic Council, the Arctic could be ice-free in 18 years. Scientists predict the summer of 2040 will see the end of the frozen North Pole after the rapid melting of the ice coverage in recent years.

The Arctic sea ice has melted at almost 13 per cent per decade.

Over 30 years, the oldest and thickest ice in the Arctic has declined by 95 per cent.

Activities like burning fossil fuels trap heat in the atmosphere and have resulted in the accumulation of greenhouse gases. Global warming has increased temperatures, causing glaciers and ice sheets to melt.

The polar ice caps aren’t the only ones melting. For example, the ice caps of Tanzania’s Mount Kilimanjaro have melted over 80 per cent since 1912.

As the Earth gets warmer, scientists have noticed signs of change across the planet, including the distribution of ice, salinity and the oceans’ temperatures.

The increased temperatures in the Arctic are pushing many animals to extinction.

With lesser sea ice, animals like polar bears, walruses and reindeer that depend on it for their survival must quickly adapt or die.

A 2022 report released by the UN’s Intergovernmental Panel on Climate Change expects more climate-related extinctions with rising global temperatures in the next few decades.

The Arctic is heating up twice as fast as the rest of the world, contributing to rising sea levels.

In the long run, coastal communities will eventually have to move inland, and global weather patterns will shift drastically.

Do you know the Maldives, Kiribati and the Solomon Islands are among the places at risk of disappearing due to climate change?

Drought occurs when there are prolonged water supply shortages, whether it’s atmospheric, surface water or groundwater. A drought can last for months or years.

During a drought, animals’ food supply shrinks. In addition, lower water levels in reservoirs, lakes and ponds can lead to increased diseases in wild animals.

Farmers may lose their source of income if a drought destroys their crops. Ships may face difficulty navigating streams and rivers because of low water levels.

On a more extensive scale of things, consumers might have to fork out more money for food.

We use water for many things like cooking, washing dishes and planting crops. However, low rainfall can lead to low water flow and poor water quality, impacting sanitation, hygiene, and food and nutrition.

Over 18 million people across Ethiopia, Kenya and Somalia are already facing high food insecurity and rising malnutrition. This figure could increase to 20 million by September, according to humanitarian portal, ReliefWeb.

According to the UN, 52 per cent of agricultural soil in the world is degraded, and more than 90 per cent could become contaminated by 2050. When soil loses its organic content, it turns to sand.

In March, Indian spiritual leader Sadhguru (Jaggi Vasudev) started the ‘Save Our Soil’ movement to promote awareness of soil health.

The yoga guru is currently travelling on his motorbike from London to India across 27 countries in 100 days to address land degradation and climate change.

Compost is a disintegrated organic matter where microbes and fungi assist in the breaking-down process. It is an alternative to chemical fertilisers that improves the overall condition of the soil after being used for several months.

In addition, it has natural microbes which keep plants healthier.

Tree planting is vital in controlling the climate and acting as a natural buffer to reduce damage caused by erosion. Plus, trees help increase aeration while boosting nutrients in the soil.

According to the Asean State of Climate Change Report 2021, a two degree Celsius increase could cause a decline in rice yields by one tonne per hectare.

As a result, rice yields in Malaysia could face a projected decline in the range of -5.9 per cent to -30.9 per cent by 2050 in various parts of the country. Storms, hurricanes and floods can lead to power outages. Power failures can cripple transportation and emergency systems when we need them most.

The impact of floods, droughts, and heat waves can lead to mental health concerns, including anxiety, paranoia, depression, and suicide.

Hot weather with intermittent rain can lead to an increase in the Aedes mosquito population.

The article How To Live With It: Health Risks on www.nationalgeographic.com states that mosquito-borne dengue fever has increased 30-fold in the past 50 years. Three-quarters of those exposed so far live in the Asia-Pacific region.