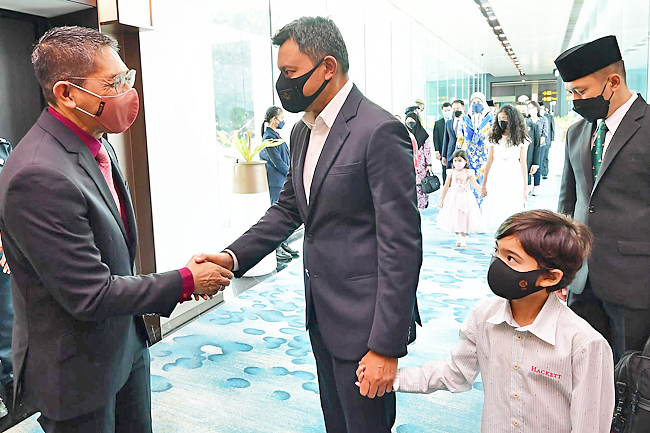 Hosted alternately by Brunei and Singapore, the Young Leaders’ Programme is a platform to exchange skills and experiences between the two countries.

During the 8th edition of the programme, His Royal Highness’ meetings with Singaporean President Halimah Yacob and Prime Minister Lee Hsien Loong including several Cabinet ministers from Singapore resulted in successful outcomes through a series of information sharing sessions that emphasised three main areas – education, civil service and defence.

Matters that were agreed upon include introducing scholarships for excellent students from the Sultanate to pursue their studies at the secondary level to higher education in Singapore; to establish a training programme for Bruneian civil servants through work placements in Singaporean government agencies; and knowledge sharing on technological developments and whole-of-government (WOG) approaches to strengthen maritime and regional security.

Their Royal Highnesses’ visit to Singapore also further strengthened and enhanced the long-standing and special bilateral relations between the two nations.