Also present was spouse of the Commander of the RBAF Datin Ummisyafinah binti Haji Zaini.

Brunei Darussalam and Thailand have enjoyed a close and longstanding relationship since 1984, where defence cooperation has strengthened with engagements in the form of exchange visits, defence and military meetings, exercises, trainings, professional exchanges as well as courses including the ASEAN Defence Ministers’ Meeting (ADMM), the Southeast Asia Cooperation and Training (SEACAT) and the Rim of the Pacific Exercise (RIMPAC).

General Chalermphon Srisawasdi and his delegation are in the country for a three-day official visit from August 16-18. 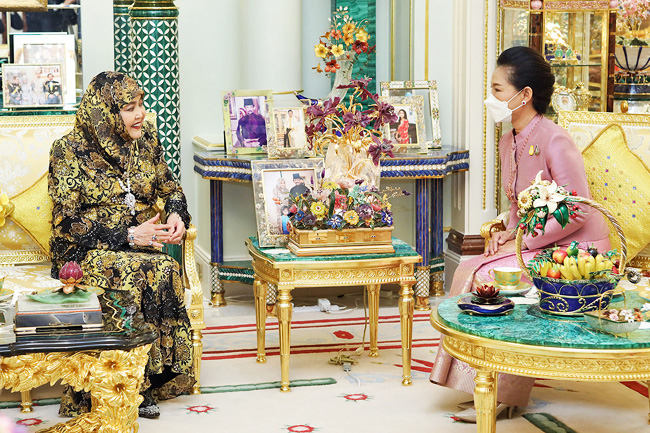