THE WASHINGTON POST – For how much Nintendo hyped the Switch’s portability and multiplayer capabilities when it first debuted in 2017, its library of party games has been disappointing so far. It took more than a year for Nintendo’s signature multiplayer series Mario Party to come to the Switch, and the console’s launch title, 1-2-Switch, paled in comparison to its predecessors, Wii Sports for the Wii and Nintendo Land for the Wii U. New multiplayer games, most of them from third-parties, have trickled in over the years, but the newest entry to the WarioWare series, WarioWare: Get It Together! is the first time I’ve felt like Nintendo finally delivered on its initial advertisements.

The story is what it needs to be, a wacky premise to explain why you, as the player, are frantically cycling through collections of seconds-long minigames called “microgames” that are a hallmark of the franchise. Wario’s video game development company, Wario Ware, has just finished developing its latest video game console. After a series of unfortunate events, Wario and his staff get sucked into the system and must play through the levels they created to escape.

By design, the WarioWare series has always embraced chaos, and Get It Together! is no exception. It has more than 200 microgames and just as many art styles and gameplay conventions. The screen shouts a prompt and you have seconds to make sense of what’s being asked and complete the task: One moment you’re squeezing out a giant tube of toothpaste; the next you’re lying in wait to trap a sentient sausage that’s been cut up to look like an octopus; and the next you’re hurrying to pluck out a man’s armpit hair. The humour in Get It Together! is crude and irreverent, teeming with fart jokes, nose-picking and the like.

In short, it’s everything players have come to expect from a WarioWare game.

Each collection of microgames is built around a certain theme, such as fantasy, nature and food. My favorite was easily Nintendo Classics, which was filled with delightful nods to other Nintendo properties like Mario and Splatoon. One game that never failed to make me laugh is a replica of the tea party minigame in Fire Emblem: Three Houses where you have to pick the correct dialogue option to confess your feelings to a character. There’s something about “Confess feelings!” popping up as a prompt after you were frantically smashing buttons a second ago that just tickles me.

In one of the most chaotic additions to the series yet, the game has you tackle these microgames with a crew of oddball characters from the WarioWare universe. Though they all have similar controls, each crew member has a unique style of movement and attack that can make some games a breeze to win and others feel impossible.

Despite this variety it wasn’t long before I started sticking to the same three to four characters whenever possible, as those with a wider range of movement and access to projectiles definitely had an edge over those with limited movement. To wit, one character who can’t move at all and can only fire discs from afar was benched almost immediately.

In Story Mode, which can be tackled alone or with another player, the game randomly cycles through your choice of crew members or all available characters as you play through increasingly fast-paced microgames. Lose four times, and it’s game over. After winning a certain number of games, each round culminates in a longer boss battle, though, despite the name, few put you up against a “boss” enemy in the traditional sense. More often you’re completing an intricate task – at least as compared to the simpler microgames – such as operating a drawbridge to let cars and boats pass or guiding a mechanical arm on an assembly line.

One interesting consequence of having so many playable characters is that each microgame is designed to have multiple solutions. It became a challenge in itself to figure out all the different ways I could complete the same objective. Need to protect a field of flowers from being struck by a meteor? Depending on who you’re playing as, you can either fire projectiles at it, slam into it to push it away or suck the entire meteor up with your laser beam. Have to get a performer into a spotlight? Shoot the overhead light to pivot it toward them or just physically push the actor across the stage – either way, problem solved.

After beating the main campaign, a slew of side missions, weekly online challenges and other extras were compelling and addictive enough to keep me revisiting single-player mode. However, where Get It Together! really shines is in its ridiculous number of multiplayer options. Previous WarioWare entries have included multiplayer modes, but the range of playable characters in Get It Together! and the craziness that comes with randomly switching between them throws enough unpredictability into the mix to keep you on your toes even if you’ve beaten a microgame a million times. The game’s Variety Pack includes nine multiplayer modes for between two and four players, each striking a good balance between strategy, skill and luck.

I’m not sure if Get It Together! will make a convert out of anyone who doesn’t already enjoy the series’s brand of silliness and chaos, but it’s an ambitious entry that successfully pushes the series into new territory in its own WarioWare way. It leans into its own ridiculousness to deliver a multiplayer experience that feels unique to the series and a single-player experience that has plenty of fun reasons to return even after you beat Story Mode. Embrace the chaos, and, like me, you’ll have a blast. 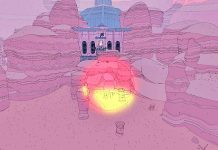 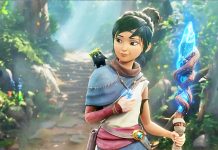 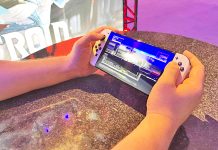