IOWA (CNA) – In 1985, as a lower-level Chinese party official, Xi Jinping visited the town of Muscatine, Iowa on an agricultural study mission.

He formed friendships and memories with his hosts, including Muscatine resident Sarah Lande, one of the co-ordinators of the trip.

“China was just opening up, and we were eager to learn more from them. And maybe them from us also.”

When Xi returned to the United States (US) in 2012 as China’s vice-president, he insisted on revisiting Muscatine and his old friends like Lande.

“Xi Jinping said to me, ‘you know, if we could have exchanges in all areas — sports, business, arts — if our people get to know each other, then our countries can get along,’” she said.

The now Chinese president’s US friendship story paved the way for increased Chinese interest and investment in Muscatine (population: 24,000). 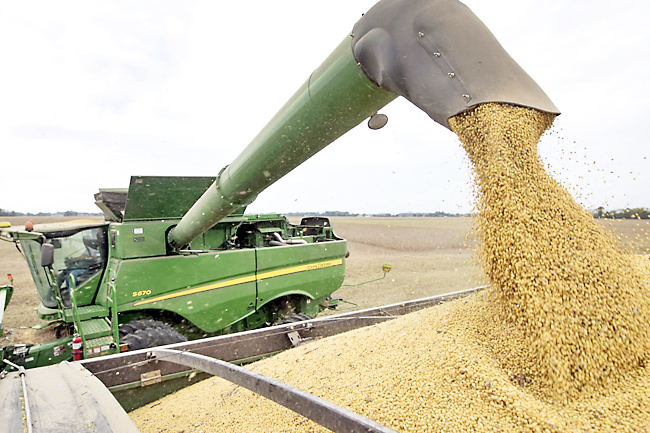 This includes the USD42-million Merrill Hotel and Conference Centre — opened in 2018 and built with the help of a Chinese investor — exchange programmes in China for Muscatine’s students and Chinese interest in a proposed port along the Upper Mississippi River.

Chinese investor Glad Cheng had decided in 2015 to split his time between Muscatine and Beijing, with a dream of global friendship. He even bought the farmhouse Xi stayed at in 1985 and turned it into a Sino-US Friendship House.

Cheng’s investments and those by other Chinese entrepreneurs helped to give jobs to Muscatine residents. But since the US-China trade war started in 2018, tourist and business visits have fallen. The once-busy Merrill is mostly empty.

What happened in Muscatine provides a microcosm of the impacts of bilateral tension on both countries, far from the halls of power in Beijing and Washington.

The fallout has been immense, the series When Titans Clash discovers. But there is also hope, just as there was not too long ago when Xi’s oldest friends in the US welcomed him back.

When Kent Corporation, a major Muscatine employer, wanted to build an international river port in Iowa, Chinese shipping company Cosco expressed interest in the project. Then the trade war hit, and the project has been put on hold.

Muscatine Mayor Diana Broderson said: “When decisions are made at the top levels between countries, that trickles down to what happens in small-town America, right here in Muscatine.”

Iowan soya bean farmer Rick Kimberley once did thriving business with China. Xi visited his 4,000-acre farm in 2012 and wanted to use it as a model of modern agriculture for China.

“So we began a China-US demonstration farm (in Hebei province),” said Kimberley.

“We’ve helped work on this relationship.”

The friendship farm in Hebei broke ground in 2017 as part of a research and agri-tourism park to be connected to Beijing by a road and high-speed rail link.

But since the trade war broke out, Chinese media have not mentioned the farm.

When the Trump administration slapped tariffs on US imports from China in 2018, China hit back with a 25-per-cent tariff on US soya beans, among other goods. Profit margins tightened, and many farmers went bankrupt.

“As two large countries, US and China, we need each other. And we need China to continue to buy our products,” said Kimberley.

Despite a Phase One agreement to get China to buy more US goods including soya beans, export levels at the end of last year are still below pre-tariff days. So he is pinning his hopes on a phase two deal.

Solar industry representatives in the US are also hoping that the Biden administration will negotiate a phase two trade agreement, as the story of their industry also demonstrates the consequences of the trade war.

The industry’s best year in the US was 2016, when solar energy was responsible for a larger share of employment in the electricity generation sector (43 per cent) than the whole of the fossil fuel industry (22 per cent).

It seemed as though solar and other renewables “were about to revolutionise the energy sector in the US” and lead the push for lower carbon emissions, Forbes magazine reported.

While China was dominating the world solar industry with its cheaper panels, that had helped boost the adoption of solar energy in the US, which in turn created more jobs for skilled workers to install panels in homes and industries. Then Donald Trump took office, and a year later, his administration slapped a 30-per-cent tariff on solar imports. Supplies tumbled, and 62,000 jobs were lost or not created, according to the Solar Energy Industries Association in the US.

Forbes 30 Under 30 entrepreneur James Ellsmoor wrote in the magazine in 2019, “The growing uncertainty created by the tariffs led to many developers cancelling and freezing billions of dollars of investments.

“The tariffs have already very clearly had an impact on the solar sector, with solar executives lamenting the increased costs and the loss of several large-scale projects.”

Over in China, the trade war has forced its manufacturers to turn to the fast-growing local market.

For over 10 years before that, Matsutek made its name as an original equipment manufacturer for brands such as Philips and Honeywell. That strategy helped to make it the world’s second-largest manufacturer of robotic vacuum cleaners.

But its sales in the US fell in the wake of the tariffs in 2018.

“We had to cease three out of our 11 production lines and retrench the employees from the three lines. We had to let about 200 of our workers go,” said Matsutek deputy general manager Terry Wu.

The strategy — which envisions less reliance on global integration (the first circulation) and more on expanding domestic commerce (the second circulation) — stems from Beijing’s belief that it is facing an increasingly protectionist world and hostile external environment.

‘NEED TO WORK TOGETHER’

Yet, China is too big a market to ignore.

It is the largest source of revenue for Starbucks outside the US, while General Motors sells more vehicles in China than in the US. Even the vast majority of Apple’s iPhones are assembled in China.

Poll data released in August by the US-China Business Council showed that up to 83 per cent of its companies counted China as either the top or among the top five priorities for their corporate global strategy.

The trade group represents more than 200 US companies that do business with China.

“(Both countries) need to work together,” said Kimberley’s son, Grant. “One by itself isn’t going to be as strong as both of them working together.”

US President Joe Biden, meanwhile, has said before that the US must “get tough” on Beijing to counter intellectual property theft and trade abuses.

Trade experts expect his administration to use tariffs to press China to ease access to its markets, reduce subsidies for state-owned companies and end other perceived unfair practices.

Amid the political rhetoric, there is still hope for better days. Broderson, for one, hopes that the memories Xi has of Muscatine can help repair the fallout.

“It’s easy for us to overlook some of those personal relationships that have been developed over the years,” she said. “Those can be used and are actually critical (to) healing some of the bigger wounds that exist in our world.”

Cheng agrees there is a special Sino-US story in the town.

“It’s precisely because US-China ties are so bad that we have to guard this piece of goodness and protect this rare story of friendship — to share it with citizens and our next generation,” he said. “We shouldn’t let it break.”