AP – In Mike Chen’s We Could Be Heroes, Jamie and Zoe each wake up alone in an unfamiliar apartment. Neither has any memory of who they are or how they got there.

All they know is that they now possess special powers. Jamie can read and erase memories, and Zoe has superhuman strength
and speed. Completely on their own, each must do whatever they can to survive.

Taking opposite paths, Jamie turns to a life of crime, and Zoe becomes a vigilante hero. One day, the two meet in a memory loss support group.

Their stories are too similar to be coincidental, so together, they embark on a quest to find out what happened to them and rediscover the people they once were.

Above all else, We Could Be Heroes is the story of deep friendship and the sheer power that comes from feeling less alone in the world. 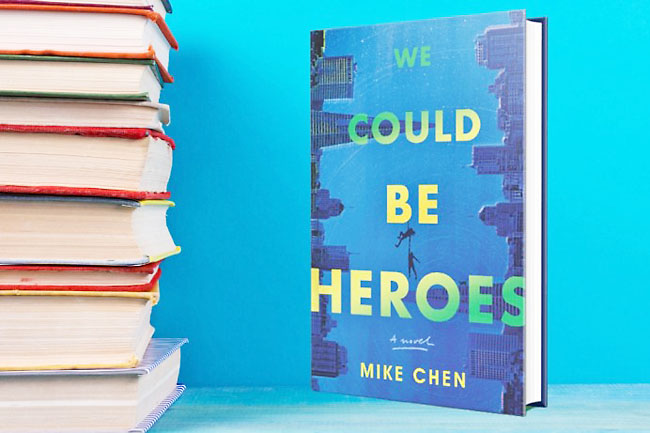 The book is an overall enjoyable, exciting, and action-packed read.

Zoe and Jamie may possess superhuman abilities, but the challenges they endure together are profoundly human.

Not only must the pair fight against the evil forces that appear to be trying to destroy them, but they must also combat loneliness, and confusion as they work to recover their lost memories and contemplate whether they really want to know who they used to be.

The mystery of Jamie and Zoe’s real identities is intriguing and will keep you wanting more. At times, however, the plot feels a little slow, especially toward the end once the answers begin to unfold.

Nevertheless, We Could Be Heroes is an engaging story of good versus evil versus something in between.