THE WASHINGTON POST – What comfort is there in the truth? It’s a question weighed and refracted in a thousand different ways in Danielle Evans’ The Office of Historical Corrections, a magnificent, searing collection of six stories and a novella.

It’s a question engaged by narrators who loudly propagate their truth, and also a question contemplated silently, as in Boys Go to Jupiter, when a group of Black students attend a campus town hall with Claire, a freshman whose hostile messages have roiled the university community.

Rather than engage in a dialogue that would amount to a debate with white supremacy and defence of their very right to exist, the Black students refuse to speak, offering blank slips of paper instead of “rebuttal”.

Their silence can be read as a refusal of any attempt to equate white supremacist ideology with other “controversial” student groups. 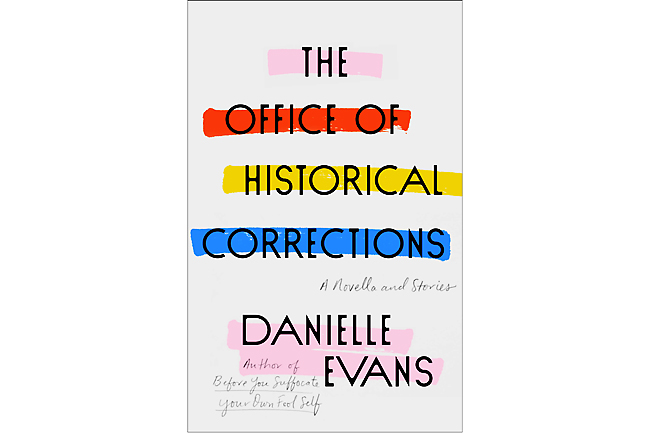 With subtlety and a solemnity reflecting key events in Claire’s past, Evans offers a powerful refusal of the false equivalence. Silence is used again, deftly, in a flashback scene. The same woman who now voices ugly thoughts about her Black hallmate, is shown years earlier, slowly getting out of control with Aaron, the brother of her Black “best friend” – and the silence between Aaron and Claire, late at night, is a silence of caring and desire; a desire culminating in death and loss.

What struck me throughout the book was Evans’ courage in examining such fraught and inescapable points of intersection between Black and White lives. A plunge into this often-fatal inextricability is most fully dramatised by the novella that concludes the book.

How much more comforting, visceral, immediate, perhaps rejuvenating it could be to simply write a whole world with Whites only at the periphery when they appear at all – a world that has, at its centre, Black love, Black abundance, Black joy; Black ecosystems and topography; the routines of Black life and close relationships. Sula by Toni Morrison, is an early and stirring example of such an artistic choice, a choice Morrison explained with the quote: “I have spent my entire writing life trying to make sure that the White gaze was not the dominant one in any of my books.”

Evans’ opening story Happily Ever After is, at its core, about a mother and daughter relationship, seen over years as it absorbs the seismic impact of terminal illness.

But this and other stories also cover a full spectrum of parallel and overlapping White and Black lives, while looking unflinchingly at the impact of multiple forms of violence and constraint. Happily Ever After overlays Lyssa’s grief for her mother with the day-to-day injuries of racism; in one example, Lyssa’s boyfriend Travis becomes a target for security guards simply for trying to help Lyssa by picking up her mother’s medications at a pharmacy. In Happily Ever After, the porousness between White and Black lives is most visible in the hospital, in the pharmacy, in the Titanic museum gift shop where Lyssa works, where grief is ever-present and never wholly private, the sorrows personal but also deeply historical.

In the story, a woman named Rena mourns the loss of her sister against the rom-com backdrop of a missing groom, a road trip and an interracial wedding party hook-up.

Evans’ closing novella, also on the theme of grief, takes on additional resonance since the January 6 mob attack at the United States (US) Capitol. Plucked from the headlines is the novella’s white supremacist demagogue (who calls himself “White Justice”).

Reminiscent at times of Octavia Butler’s world-building in Kindred, it’s a vivid, matter-of-fact, science-fiction-tinged portrayal of a fictitious government agency The Office of Historical Corrections, which identifies and corrects the false historical records resulting from years of “fake news”.