THE WASHIGHTON POST – Is The Scapegoat, Sara Davis’ debut novel, in fact a “propulsive and destabilising literary mystery,” per its back-cover blurb? It is – and then some. Reading this bizarre, arresting tale, you may not always feel clear about what you are tracking – but you’ll absolutely want to track it.

The novel’s power and steady control manifest in its voice: that of an eerily inward, single male, perhaps in his 30s, who lives monkishly, working at a Stanford-like university in a fog-veiled setting (California’s Bay Area). From the start this nameless narrator exudes shyness, loneliness and social ineptitude; monotony makes him hyper-watchful. But soon his observations begin to disturb and puzzle us. When a colleague named Kirstie (presumably youngish and attractive, though it’s never stated) enters the department’s break room after her run, the narrator is tensely vigilant.

“She was dressed … entirely in athletic clothing … Her cheeks were flushed, and the triangle of flesh below her collarbone was flecked with beads of perspiration … She moved closer to me and I could smell the scent of her freshly exercised body in the small, windowless room.”

Does the narrator desire Kirstie? Is he repulsed by her? That “windowless room” easily doubles for his claustrophobic, frantic mind, a second-guessing fret-machine that is solitary, somber and doubt-riddled. It seems the narrator’s father has recently died. No details emerge – only that the “circumstances surrounding his death” bother the narrator.

“Not only that, but someone was trying to tell me something about these circumstances, or so I thought,” by dropping into the narrator’s mailbox a circled real estate listing for the narrator’s father’s house. The narrator then resolves to “investigate”. 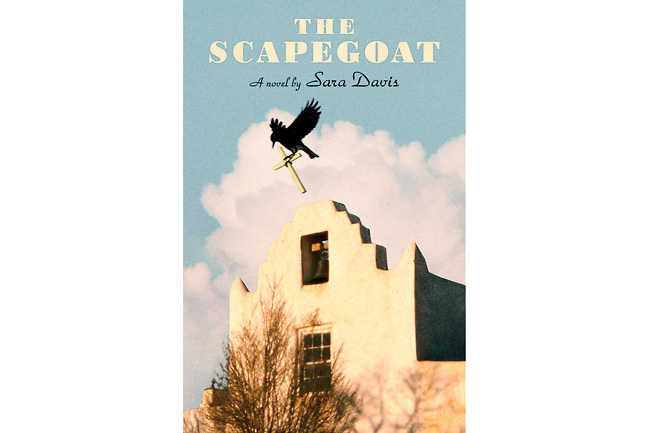 Note the above “or so I thought,” an early key. One of this novel’s striking achievements is to offer murky conjecture in crisp, dry, stately (yet unshowy) prose. Those calm rhythms soothe, at first: The narrator mulls his life while making coffee and meals; he washes dishes, tucks himself into bed. “Did I already have a glass of water on the nightstand? I did.” He pokes arid fun at the Swedish mystery novel he’s reading, a winking counterpoint reminding him that all literary detectives tend to be “a divorced man with unhealthy eating habits and a weakness for Maria Callas … If only real life could be like this, I thought, thinking of the book, its trends so clearly recognisable.”

Posing as a potential buyer, the narrator visits the advertised house for sale. There he raids a closet, retrieving a piece of paper from his father’s coat. It bears the name of a local hotel, written – we’re told – in his father’s hand.

Please stand by. Events that seem to commence plausibly later unravel or go grainy. Our narrator agrees to have drinks with department colleagues and an unpleasant, coarse “guest lecturer” who cajoles him into giving her a lift back to – right – the above-named hotel. There he’ll encounter characters and events resembling those from The Shining. Apparently the hotel’s site carries a ghastly, genocidal history, which seeps, by creepy turns, into the “investigation.”

Nothing’s certain – except that this is not, strictly speaking, a ghost story.

In the drunken lecturer’s hotel room, the narrator coolly repels her personal questions: “I had never quite succumbed to the habit, so dear to the American heart, of casually trading confidences.” Urging her to sleep, he searches her room for “clues” (“What a childish word to use. But all the same.”).

Then he finds something unspeakable. And the nightmare is off and running. The narrator tries to follow an unpromising trail, meeting improbable – yet sometimes teasingly possible – others. Certain thematic underpinnings peek through: our dismissive relationship to an unconscionable past; life’s innate uncertainty, “where there isn’t time to say what one really means.” The narrator’s confusions and resentments build, “as if an opportunity that had been promised to me had just been taken away.”

The Scapegoat proves difficult to describe without spoiling. Menace gathers. So does a marvelously calibrated pace and tension. As with some of our best haunted fiction (The Turn of the Screw or The Haunting of Hill House“) the story obeys an internal, quasi-demonic logic. But its monsters finally strike us as human, as does the reckoning which must occur. Episodes from the narrator’s earlier life, slyly and quietly layered in, prove significant – sometimes shockingly. In its telling, The Scapegoat manages to interleave tokens of wry wisdom – about American culture, academic and social life, marriage, dailiness: “So this will be one of those days … made mournful by lack of sleep.”

At its heart, though, the novel feels like a postmodern hybrid – first, as a dark interrogation of how we handle history. At the same time, it stands as a twisted testament to the purringly efficient self-sabotage of the human mind. Despite moments of Redrum-like excess, Scapegoat is breathtakingly seductive: a noir dream watched through a
handheld camera.