THE WASHINGTON POST – On a quiet stretch of handsome Western highway, ranch broker Jim Taylor drives his dust-caked SUV while highlighting the attractions in this region of few people, abundant cattle and some of the nation’s priciest parcels of coveted land.

A few miles later, Taylor gestures south toward a weathered jackleg fence that stretches endlessly into the distance. “That ranch, too. Actually, sold it twice.”

And so it goes for three days, crisscrossing the Continental Divide through Wyoming, Idaho and Taylor’s native Montana, where the fabulously wealthy spend millions on the rustic life.

On this particular cloudless afternoon last month, he’s on his way to a new listing, the Diamond G Ranch, one of the few properties of its calibre available in a fevered market.

It’s 10 miles down a private road to reach the main lodge situated on 5,000 gasp-inducing acres with a barn, guesthouses and manager’s residence. The property is John Ford-worthy, the territory of myth and dreams, a verdant valley teeming with wildlife under a trio of spectacular 11,000-foot peaks. List price: USD71 million. 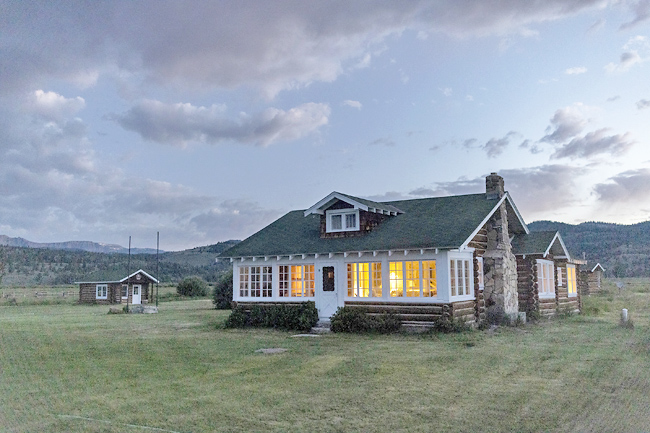 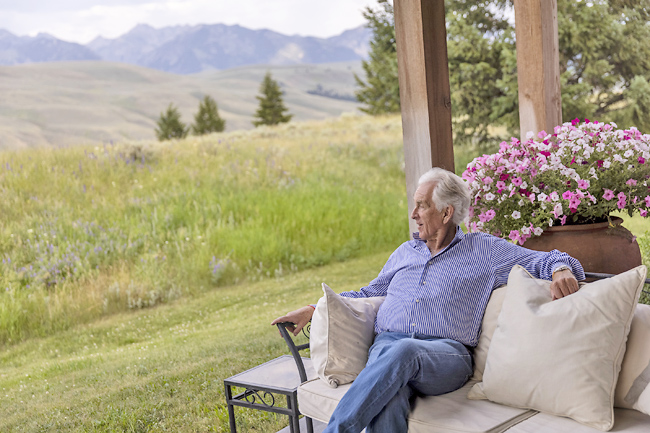 America remains one of the last countries where so many individuals own colossal swaths of land, some controlling acreage larger than Delaware. The West, a lodestar in the nation’s story, holds an enduring allure for modern land barons. It’s where the notion of American exceptionalism and pioneer masculinity are burnished in myth, movies, television, land acquisition, country music laments and so much truck advertising. A dazzling ranch has become a weekend oasis for rich men – and they’re mostly men – to realise their cowboy dreams.

Americans have long looked West to enrich their holdings, panning for mineral rights. The Rockefellers accumulated massive fiefdoms of land, eventually donating much of their holdings to the National Park Service. But the pandemic prompted a Western land grab, with moguls fleeing the cities for homes on the range. Demand remains high. The challenge is inventory. In this region of big spreads, there’s little.

The nation is home to 735 billionaires (according to Forbes) and plenty of quasi-billionaires, and many of them are buying. (Washington Post owner Jeff Bezos has amassed 420,000 acres in Far West Texas around his Blue Origin suborbital spaceflight company, making him the nation’s 24th largest landowner.) The private plane market is booming, making it easier for the wealthy to travel from one of their places to the others. Many of them like to tour prospective properties by helicopter, rented for USD4,600 an hour, billed to the client. In this Gilded Age, titans want to get dirty and dusty and wade hip-deep into a stream.

In 2007, the 100 largest private landowners owned a combined 27 million acres of property. Fourteen years later, they control 42.2 million acres, according to the Land Report, the publication of private land ownership – an increase of 56 per cent.

These hefty parcels help diversify portfolios when the stock market sinks, and are especially attractive in Wyoming, where there’s no inheritance, gift, personal or corporate income tax. They allow owners to indulge in boyhood cosplay fantasies while providing winning long-term investments.

Ranches are yachts that actually appreciate. Also, they’re bigger. There are plenty of brokers who will happily sell you an island, though it rarely carries that intense dudeness.

Taylor’s firm happens to have a Montana island for sale. The asking price: USD72 million.

Taylor is a legendary ranch broker, with 50 years in the business he helped overhaul, as director of the firm Hall and Hall. Land values were long rooted in animal units, the business of ranching. Now, cattle may be an afterthought. A Western spread is about reveling in an outdoorsman paradise with spectacular views unspoiled by development.

Tall, with a tumbleweed of tousled white hair, in worn jeans and a crisp plaid button-down, the 76-year-old broker sports a singular résumé ideal for catering to his clientele.

He was raised on a 30,000-acre working ranch and first educated in a one-room schoolhouse.

Then, he was sent East to school, St Paul’s prep in New Hampshire, and later attended Yale.

Taylor did stints as a polo player, and apprenticed briefly on the floor of the New York Stock Exchange; he liked the former far more than the latter. His Kenyan-raised wife, Anne, specialises in boutique international travel, as do their two grown daughters.

Taylor’s first major deal, which helped transform the market, was in 1979 with Malcolm Forbes, a Jersey blue blood with a Western hankering, who sold 11,000 acres adjacent to Yellowstone National Park, back when USD7.2 million was serious coin for a ranch. Taylor and his firm completed a dozen deals with Ted Turner, who ultimately amassed two million acres in five states (as well as Argentina). Besides founding CNN and impressively wooing Jane Fonda, buying ranches and breeding bison became Turner’s legacy in the American mind-set.

Competition proved to be a valuable accelerant. “John Malone blames Ted Turner for getting him into the ranch business,” O’Keefe said.

The former cable king is the nation’s second-largest private landowner, with 2.2 million acres held in a family preservation foundation. “We tell buyers, ‘Your buddy has 8,000 acres so we know you can’t buy less than that,’ “ said Greg Fay of the Fay Ranches brokerage.

“It’s a funny joke but it does seem to work.” (Representatives for Malone and Turner did not respond to requests for comment.)