The royals and Scotland: A special relationship

EDINBURGH (AFP) – Queen Elizabeth II was particularly attached to Scotland, but it will now be forever linked to a turning point for her son Charles and the United Kingdom (UK).

It was in Scotland, at Balmoral Castle, that Queen Elizabeth died last Thursday at the age of 96, sealing the rise to the throne of Charles III.

In his maiden speech as monarch last Friday, Charles pointed out that his son William, now heir to the crown, also inherited the Scottish titles which “meant so much” to him.

At the forefront is that of the Duke of Rothesay, a title carried by the heir to the British monarchy and which now goes to William, 40, his eldest son.

Charles was the longest holder of the title, for 70 years, matching the length of his mother’s reign, a record for the British monarchy.

Earlier this month, Prince Charles wore, as he often does, the kilt at the Braemar Royal Highland Gathering, an event celebrating Scottish heritage, with traditional events such as tug of war.

At 13, Charles was sent to Gordonstoun, the stark Scottish boarding school his father attended. Desperately lonely, he hated it, describing his years there as a “prison sentence” and “Colditz in kilts”. 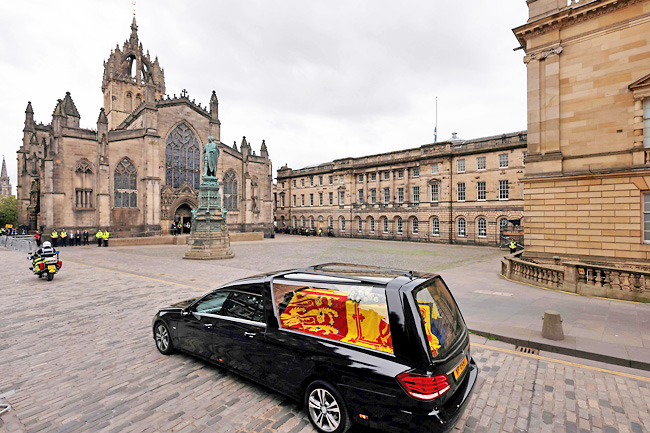 But in 1975, he recalled that his years at boarding school taught him to “accept challenges and take the initiative”.

Always a nature lover, Charles, who has a private residence on the Balmoral estate, painted watercolours of Scottish landscapes.

He travelled through those same landscapes as he skied or hunted.

Anxious to preserve Scottish heritage, Charles intervened to save Dumfries House, an old residence bought in 2007 by a consortium led by the prince, who integrated it into his foundation in 2018.

Queen Elizabeth not only had Scottish ancestry – both of her parents had a common ancestor in Robert II, King of Scots in the 14th Century – but spent much of her childhood at Balmoral, her summer residence where she breathed her last. “Scotland played a very special role in our lives and those of my family over the years,” she said in 2012 during a visit to Perth.

The queen, who appeared all smiles in a photo published recently with her late husband Prince Philip in the Cairngorms massif where she liked to have picnics, had gone to Scotland on the occasion of her Silver, Gold and Diamond jubilees. But she was also there in times of tragedy, such as the plane bombing over Lockerbie which killed 270 people in 1988, or the Dunblane school shooting, where 16 children and their teacher were killed in 1996.

On the way to her annual visits to Balmoral, the queen also took part in a week of royal events at the official residence of Holyroodhouse, in Edinburgh, where her coffin arrived on Sunday.