The role of smart cities in pandemic response

Senior Economist at the Economic Research Institute for ASEAN and East Asia (ERIA) Venkatachalam Anbumozhi highlighted this in a recent statement.

According to the senior economist, cities are centres of economic growth and innovation, and where problems and solutions meet.

They are home to most of the world population and the high concentration of people and economic activities make them most vulnerable to various disasters, epidemics and pandemics, he shared.

“In several countries, the COVID-19 pandemic emerged from the cities and spread to rural areas via peri-urban and transport corridors. In Southeast and South Asia, around 70 per cent of all reported infections are in urban areas. Further, cities consume much of the national electricity and account for more than 60 per cent of global carbon emissions.”

Anbumozhi said that national efforts to successfully limit global warming hinge on cities. “As a result, the decisions made by the city mayors can have direct and immediate impact on the health of people and the planet – perhaps more than national or international policies.” 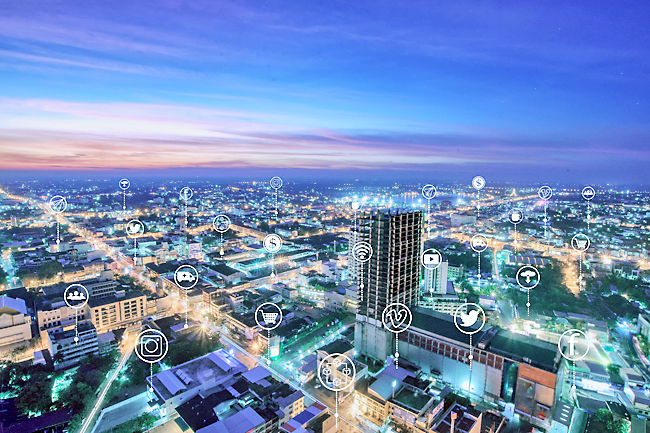 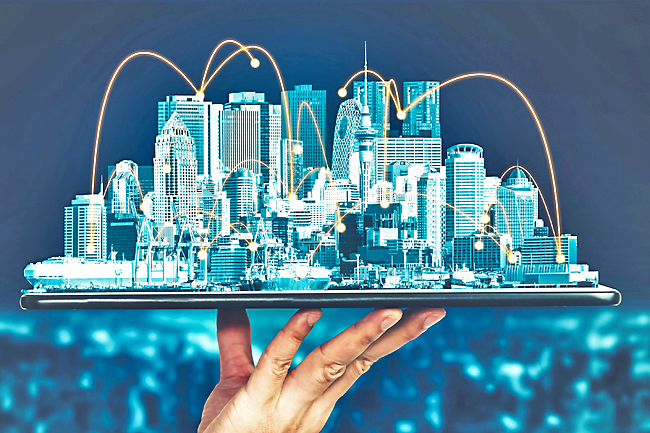 Around the world, smart cities have already demonstrated how a pro-active, coordinated response to the pandemic yields immediate results in terms of containing the virus and laying the foundations for long-term resilience and sustainability.

He noted that a ‘smart city’ is often defined as an innovative city that uses information and communication technologies (ICT) and other means to improve quality of life, efficiency of urban operation and services, and competitiveness, while ensuring that it meets the needs of present and future generations with respect to economic, social, and environmental aspects.

The ASEAN Smart City Network (ASCN) has been a platform with 26 cities collaborating with the private sector to apply the use of technology across public infrastructures. The pandemic has brought about opportunities for smart cities worldwide to adopt an agile approach.

“While evidence of sustained impacts of national policies on economic resilience during the pandemic remain elusive, the role of smart cities in pandemic response has been three-fold,” shared Anbumozhi.

“For example, in Singapore, the government has recognised the importance of speeding up national level digitalisation. Smart facility management, Internet of Things (IoT), and surveillance have become the symbols of smart nation as they create advanced, safe, and liveable urban environments despite times of pandemic. These smart city solutions have also doubled as preventive efforts to curb the viral contagion.

“The Republic of Korea provided one of the most successful demonstrations of the power of smart city technologies. The country’s smart city data hub system allowed health officials to conduct advanced contact tracing using data from cameras and other sensors. As a result, the Republic of Korea was one of the few countries that rapidly reduced infection rates without a full lockdown.”

Second, he said that several cities in Southeast and South Asia have acted as effective implementation channels of nationwide economic relief packages.

“As large-scale social assistance programmes take time to design and deliver, cities equipped with better digital infrastructure were found to be relatively efficient in the targetted delivery of relief to intended beneficiaries,” he explained. “For example, several state governments in India have used a smart city network platform to deliver essential commodities and conduct alert responses as many city centres are equipped with digital identity of citizens, aerial surveillance, and Global Positioning Systems.”

The third, he said is the steep digital technology adoption by cities, which represents a step forward in fortifying an urban low-carbon agenda that will have far-reaching impacts for them coming out of the COVID-19 pandemic.

“Jakarta City has deployed a wide array of smart applications in its transport curtailment efforts during lockdown. Having previously developed a system that tracks mobile phone pings to cell towers to monitor crowds during festival celebrations, the city was able to use this innovation to help monitor the movement of polluting vehicles. Parallel to this, artificial intelligence coupled with a surveillance and early warning system in Bandung City establishes resilience to the urban population against heavy flooding, even as COVID-19 cases continue to bubble up.

“In fact, navigating the new normal – lockdown, telework and travel restrictions – during the pandemic has prompted the acceleration of partnerships between the city government and the private sector to co-create innovative solutions powered by digital technologies for a climate-smart, resilient growth. By rapidly adopting digital platforms, some of the megacities like Tokyo, Bangkok and Hanoi, continue to stay one step ahead of the virus,” he said.

“With or without a vaccine, cities will get through COVID-19 pandemic in the coming months. But when they do, city leaders should not simply return to business as usual,” continued Anbumozhi. “They should harness the full potentials of digital solutions. Despite widespread enthusiasm, most city leaders struggle to understand how best to invest in digital infrastructure to deliver long-term value to their citizens.”

The senior economist proceeded to share a three-point programme based on the analysis of emerging experiences on smart city novelties.

As Anbumozhi explained, “Most of the smart city innovations have their origin in the private sector. For individual smart technologies to add up to smart city, innovations must be on a citywide scale. That requires contributions from not only commercial ICT firms, but also from social entrepreneurs and citizens.”

“City leaders should focus smart city efforts on the needs of all residents. Using data to target the most vulnerable citizens, opening data up to promote accountability, and tapping mobile connectivity to expand participatory governance and budgeting will offer systemic access to city services for all citizens,” he said.

“By digitalisation and collecting large amounts of data and then translating these data into strategic infrastructure investments, cities can support climate-resilient, low-carbon growth. Evidence-based decision-making and continuous monitoring of energy use and emission reduction targets, with the aid of dash boards means a genuine revolution in city management.”

He added, however, that transformation of smart cities into livable, sustainable cities will not be easy in the post COVID-19 era, as governments are facing severe budget cuts.

“Any smart city’s ability to make digital and green investments, often relies on the reallocation of budgets and ability to raise new revenue streams. The investment barriers faced by the cities, such as creditworthiness, bankability and the lack of viable project lines, limit what they can do on their own,” he said.

“Greater collaboration between higher levels of government and financers can help overcome these obstacles. The key is flexibility and agility.”