Brunei has seen an increase in breast cancer cases. Just a few years ago, the number of cases hovered around 80 to 100, while more than 130 cases were recorded last year alone.

The BBCSG members, the majority of whom are breast cancer survivors, have also been carrying out activities under a series of programmes to shed light on it.

Taking place every October, World Breast Cancer Awareness Month is an annual campaign to raise awareness on the impact of breast cancer, attracting people all over the world to show support for those affected by breast cancer.

Four breast cancer survivors shared their experiences with the Bulletin on their journey towards recovery. 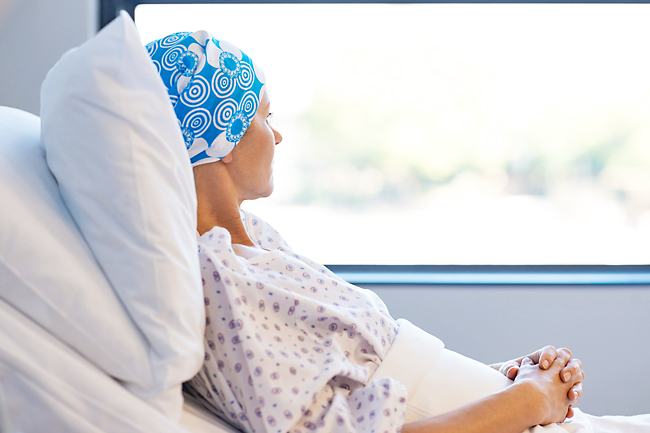 “There was a growth on my right nipple tip. It started as a skin tag on the nipple. As it didn’t cause any pain or discomfort, I just ignored it,” he said.

“For years the skin tag was just there, growing ever so slowly but not presenting any problems or discomfort. So as a man, I just ignored it, thinking it wasn’t a big deal.”

However, in 2018, it started to grow bigger and become a nuisance. Again, he chose to brush it off, telling himself it was nothing alarming. After all, he had to care for his two children and an elderly mother since his wife’s passing in 2017.

One day, while swimming, a close friend saw the growth and advised him to get it checked out. After endless persuasion, he finally sought medical opinion, leading to the discovery of cancer cells in the chest. An operation was swiftly scheduled for December 26, 2019.

Unfortunately, further examination found some cancer cells left behind, so another operation was carried out on February 6 the following year to remove more tissues and muscles.

“Alhamdulillah, they got rid of all of the cancer cells, but I had to undergo radiotherapy to make sure the worst was behind me. I underwent 15 sessions of radiotherapy at Pantai Jerudong Specialist Centre (PJSC) between March 18 and May 13, 2020.”

Upon learning that he had breast cancer, Yura said he was both terrified and in denial, as he thought there was no way a man could get it. “After doing some research,I was finally convinced that I had breast cancer, and that it tends to be more aggressive in men.”

His family and friends supported him throughout the ordeal, and he was grateful to have survived the difficult period and is able to say he has been cancer-free for two years.

“I advise all men to learn about breast cancer and get regular medical check-up. Although it is rare in men, it does happen, and it can be very aggressive and dangerous.

“Please be safe and always think about your loved ones as they only have us to care for and support them. We have only this life to live, so let’s make the most of it. Cancer can kill, so it’s better to be safe than sorry.”

Another survivor, Dayangku Masnita binti Pengiran Haji Petra, was first diagnosed with breast cancer in 2015. Up until then, it never cross her mind that it could happen to her, until the day the doctor told her that she had stage one breast cancer.

The first thing she did was follow the doctor’s advice – set up appointments at Jerudong Park Medical Centre (JPMC). She was put on medication to arrest the growth of cancer cells and undertook regular mammogram. After five years of treatment, she is now cancer free.

“From my experience, should any of you experience symptoms around your breast area, please consult a doctor immediately, especially women. Take advantage of screening to prevent the spread of cancer cells. Prevention is definitely better than cure,” she said.

Survivor Dayangku Nurhayati binti Pengiran Haji Jaya, 47, is a single mother of three. She was diagnosed with breast cancer in January 2013 after consulting a doctor about a lump on her right breast in December 2012.

She was referred to the Surgical Operation Patient Department (SOPD) at Raja Isteri Pengiran Anak Saleha (RIPAS) Hospital to provide samples. After two weeks, the test results came back as a common lump.

Nonetheless, she was scheduled for an operation and discharged a day later. Upon arriving home, she began to bleed and contacted the clinic.

A month later, she found herself on the operating table again. But this time, it was for the removal of her lymph nodes. Chemotherapy followed once a month for four cycles until July.

She was then flown to Singapore in August to undergo radiotherapy treatment for a month.

Looking back, she said thinking about her children gave her the strength and determination to fight.

Dayangku Nurhayati was also thankful to her parents, as they would stay at her place to help her run errands, including sending her children to school, when she was too exhausted from chemotherapy.

“Alhamdulillah, I am now recovered, with medical reviews every six months. I am back to work and doing light physical exercises. I am thankful to have my supportive family members,” she said.

Dayangku Nurhayati called for all women to get breast screening once a year. Meanwhile, as a nursing lecturer Rozita binti Haji Tamin regularly performed breast self-examinations (BSEs). However, it was during the several months when she laxed that she felt something was wrong.

“The doctor confirmed my suspicion and referred me to the SOPD to undergo an ultrasound and biopsy in May 2018. The initial result did not reveal anything alarming until a follow-up in August 2018,” she said, sharing that by then, was experiencing increasing pain, soreness, obvious dimple, fluid discharge and blood coming out from the nipple.

“A mammogram and urgent biopsy showed a tumour, and the following month on September 8 2018, it was confirmed that I had cancer,” she recalled.

She admitted that the scariest part was not knowing what would happen next – the surgery, loss of a breast, scar, prognosis, the fate of her children and her future. Being a regular blood donor since October 1989, not able to donate blood anymore crushed me.”

Despite being submerged in worries, she continued to go to work, teaching and supervising students.

In September 2018, she underwent a breast mastectomy (removal of the breast), just a week before her birthday.

The operation was a success and she celebrated her 47th birthday a week later, post-mastectomy.

As it was still at stage zero, HER2-negative and not involving any lymph nodes, Rozita did not need any medical treatment except being under the watchful eyes of the medical team at RIPAS Hospital and the Brunei Cancer Care (TBCC), PJSC. Her optimistic nature helped her carry on with her life; she even delivered a presentation six days post-surgery. A year later, she was able to donate blood again.

Rozita said having survived breast cancer has taught her a few things: “Having the support of family and friends is crucial. Communicating with doctors and nurses help as they have information on the disease and treatment options.”

It was in December 2005 when she began noticing a lump beneath her underarm. She also experienced clinical signs of breast cancer such as skin irritation, redness around the areola area, new nipple inversion and discharge from the nipple. Being unaware of breast cancer, she dismissed them.

By end of January 2006, the small lump grew bigger. It was then that she undertook a standard checkup of mammogram, ultrasound, blood test and biopsy.

The nurse who requested an urgent meeting with her, she shared that she had to fight back the tear when the doctor told her she had been diagnosed with breast cancer.

“My husband and I stared at each other in silence. We were then brought to another room to be briefed on surgery and treatments.

Alhamdulillah, my husband and family gave me so much support during all the ups and downs, especially during chemotherapy.”

She underwent a lumpectomy surgery in February 2006, just a few days shy of 40.

Two weeks later, she went for another surgery to insert a “Port-a-cath” on her right chest, had six cycles of chemotherapy and went for a six-week radiation treatment at KPJ Damansara Specialist Hospital in Malaysia.

Back in Brunei, she had herceptin therapy by infusion for almost a year after experiencing weakness in her heart. But a regular checkup with a cardiologist helped her achieve recovery.

“With faith and prayers to Allah the Almighty, and assistance from the government, I am able to live my life as a breast cancer survivor.Thanks to my husband, parents, children, family, doctors, nurses, colleagues and friends who have given me their care and moral support throughout my journey as a cancer patient. May Allah the Almighty bless you all,” she said.