Brunei Darussalam continues to make strides in combat sports in both the regional and international arenas following the emergence of fresh local talents, especially in the mixed martial arts (MMA) scene.

The country has witnessed a mushrooming of fitness gyms in the country offering classes that focus on elements in the discipline, opening up opportunities to train potential athletes.

Fitness-related gyms such as Khalifa MMA have also unearthed and shaped home-grown stars that succeeded in the international scene with a flurry of medals.

While renowned local athlete Eazy Anuar was hugely credited to have pioneered Brazilian Jiu-jitsu (BJJ) in the country, what must also be recognised is the current line-up of stars that have made an impact in the regional stage.

The popularity of combat sports in the country is without question, with fitness enthusiasts keen to expand their array of skills.

Training has also led to participation in international competitions in the region. 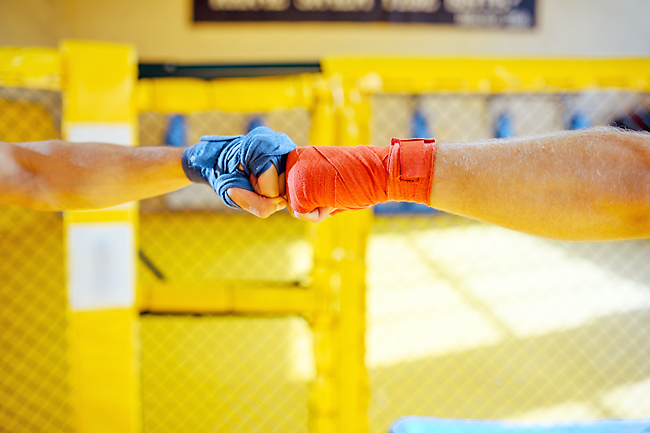 While the rise of BJJ athletes in the country indicates that the sport is growing, local stars have also embarked on the challenge of breaking through the international MMA scene.

In March 2019, Adib secured victory in the fourth cycle of the One Warrior Series following an impressive technical knock-out of Thailand’s Rungrot Posi in the strawweight division.

He had previously defeated Myanmar’s Nyan Lin Sai in his One Warrior Series debut.

Adib improved his competitive record to three wins following his victory over tricky challenger Susovan Ghosh of India in February last year. Fighting out of Wolfgang Training Ground, Adib delivered a technical knockout (TKO) in the second round.

Adib told One Warrior Series, “I want to fight for Brunei and show the world that we are capable of fighting internationallyand are capable as much as any other country. I’ve been fighting internationally including in Malaysia and Singapore and just recently in the One Warrior Series. It is a big step not just for my family but for all of us in Brunei.”

“When I fought in the One Warrior Series, people were really surprised and gave all their support and respect.”

“They’re really proud of seeing a Bruneian step inside the ring in the One Warrior Series.”

Eazy and Mohd Nurhidayat enjoyed victories in their One Warrior Series debut on the same card in April 2019. Eazy was declared the victor by way of armbar lock submission against Pardeep Kumar of India while his compatriot Mohd Nurhidayat won his match via an arm triangle choke against Thailand’s Sanya Kongkatonk in the straw weight division.

In October that year, Eazy returned to action and emerged victorious against Japan’s Ryuichi Yamashita in the eighth series at the Bellesalle Shibuya Garden in Tokyo.

He told One Warrior Series, “It is a big honour to fight in Japan. I just want to pave the way for the nation back home that this is also a career path for people to get into.”

The trio will be chasing for the elusive contract to fight in the prestigious One Championship, the pinnacle of professional MMA.

In the meantime, they have not only enhanced the image of the country in the sporting map but also inspired others to take up the gloves and pursue interest in the sport.