The price of opportunity

TAPACHULA, MEXICO (AP) – When migrants arrive to the main crossing point into southern Mexico – a steamy city with no job opportunities, a place packed with foreigners eager to keep moving north – they soon learn the only way to cut through the red tape and expedite what can be a monthslong process is to pay someone.

With soaring numbers of people entering Mexico, a sprawling network of lawyers, fixers and middlemen has exploded in the country.

Opportunists are ready to provide documents to migrants who can afford to speed up the system – and who don’t want to risk their lives packed in a truck for a dangerous border crossing.

In nearly two dozen interviews with The Associated Press (AP), migrants, officials and those in the business described a network operating at the limit of legality, cooperating with – and sometimes bribing – bureaucrats in Mexico’s immigration sector, where corruption is deeply ingrained, and at times working directly with smugglers.

The result is a booming business that often preys on a population of migrants who are largely poor and desperate.

Freedom from detention, permits, visas: All are available for a price via the network.

Although the documents are legal and the cost can be several hundred dollars or more, migrants are at risk of arrest or return to entry points, thanks to inconsistent enforcement and corruption at checkpoints. 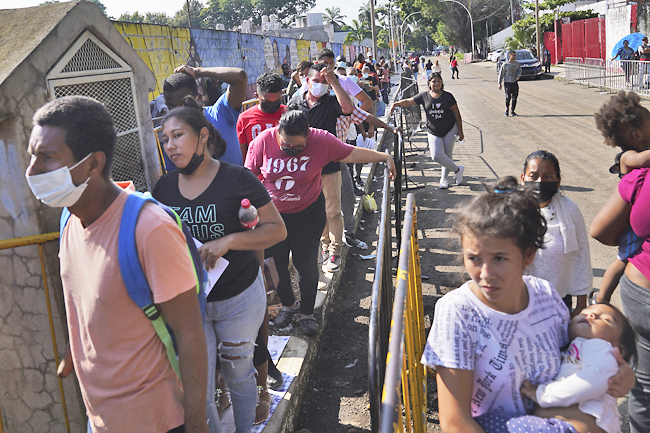 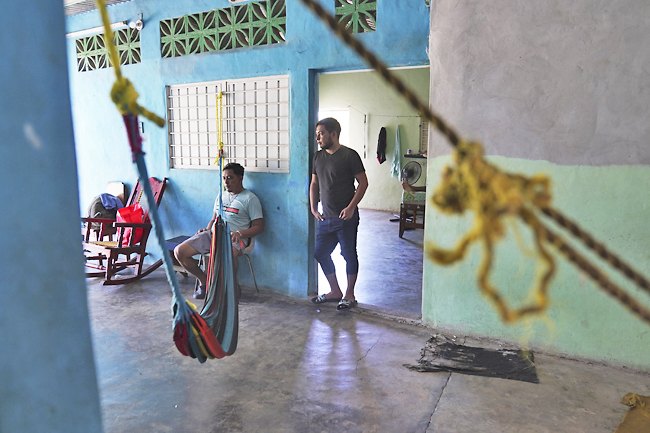 Crossing through Mexico has long been a risk. Free government channels that can mitigate danger are available, but the record number of migrant arrivals has wreaked havoc on the system.

In the fiscal year that ended on September 30, United States (US) authorities apprehended people crossing the southwest border 2.38 million times. That’s up 37 per cent from the year prior.

In response, the Mexican government loosened criteria for some temporary and transit permits, especially for migrants from countries where it would be difficult for Mexico to return them.

Now, it takes months just to get an appointment to begin the process. Amid waits and tension, it’s tempting to pay fixers and lawyers.

In the south, migrants can choose from different packages – transit permits, temporary visas – promoted on social media and adapted to various scenarios and budgets.

Farther north, options are scarce; paying specific operators may be the only way out of a detention centre.

Migrants rarely report questionable practices. Most assume payments and time are part of the price of getting to the US. Authorities seldom take action, citing lack of evidence.

Yet in the past four years, only about one in every 1,000 internal investigations opened by the agency made it to the prosecutor’s office, data show.

The National Immigration Institute didn’t reply to requests for comment about efforts to combat corruption. Officials there refused to be interviewed.

This month, the agency said it had followed up on every recommendation issued by the internal control office. Lack of accountability has made it easy for fixers to operate and exchange payments and information with officials.

The Federal Institute of Public Defenders has denounced arrangements between immigration agents and private lawyers. In response, some of its officials have been harassed and intimidated, according to the agency.

For one Dominican man, getting papers took three days and USD1,700 to get a permit to travel through Mexico, he told AP. He said a lawyer brought the government-issued transit document to a house where a smuggler took him after he crossed into Mexico.

While waiting for the lawyer, he said he suddenly feared he’d been kidnapped – nobody told him how long the documents would take. But once payment was transferred by a friend, papers arrived and he took a bus to Mexico City, he said.

The man insisted on anonymity to remain safe as he traveled.

He and others who cross the country use “safe-passage” permits – common language for some temporary documents issued by Mexico. Most allow exiting the country through any border.

In one seen by AP, options ranged from USD250 paid in Mexican currency for a simple document allowing transit to USD1,100 in US money for more sophisticated humanitarian visas.

The broker guarantees real government-issued documents, not forgeries. He showed AP the message on condition of anonymity because of the illegal nature of some of the work and fears for his safety and livelihood.

Much of the money goes toward paying officials at the National Immigration Institute, according to the broker.

A lawyer who independently spoke with AP confirmed details about bribes. He also spoke on condition of anonymity to protect his business and avoid legal issues.

The immigration agency didn’t answer AP‘s requests for comment. In previous statements, it has said officials try to avoid bribery and corruption by installing surveillance cameras in offices and encouraging people to report problems.

The broker who spoke with AP said his contact at the National Immigration Institute is a senior official who always comes through with documents, except when transactions freeze temporarily – often when the agency is in the spotlight. The broker didn’t identify his contact to AP.

Generally, when corruption is alleged, officials demand that employee’s resignation or simply don’t renew the contract, since most are temporary workers, according to a federal official who insisted upon anonymity because the official wasn’t authorised to speak to AP.

Tonatiuh Guillen, who led the immigration agency at the beginning of López Obrador’s term, told AP he requested the resignation of some 400 officials suspected of wrongdoing. After he left in 2019, some were rehired, he said.

Chief of the Mexican Commission for Refugee Aid (COMAR), the government’s agency responsible for asylum seekers and refugees, Andrés Ramírez said corrupt practices such as selling documents have been on the rise since last year.

Last April, the sale of documents inside the COMAR office in Tapachula became the subject of an investigation when two complaints were filed.

Four officials left; the investigation is ongoing. Ramírez told AP anyone else implicated will be fired: “Zero tolerance.”

Even when migrants buy travel documents or visas, they aren’t guaranteed safe transit.

Papers may be disregarded or destroyed by the very agency that issued them.

A 37-year-old Cuban man who spoke on condition of anonymity to protect himself and others who may be crossing Mexico described buying documents last year in Tapachula for USD1,800, including transportation to the US border.

A few days later, he was arrested, he said, as immigration agents boarded his bus and tore up safe-passage documents.

When he reached the detention centre, he said, an official told him how things work: He could pay USD1,500 to get out and be put on a bus to the border.

The man said he refused and went on hunger strike with others. Through the intervention of United Nations officials who visited, he contacted a public defender who helped get him released.