THE WASHINGTON POST – Before the pandemic, Sherilyn Carlton’s family was so accustomed to her friends popping by the house that her youngest child used to ask: “Mommy, who’s coming over today?”

So Carlton, a 47-year-old corporate coach in Battle Ground, Washingon is the kind of person you might expect to have a tough time with social distancing. In the Before Times, Carlton would flit from a run with a friend to lunch or coffee with another pal; ferry her kids to and from basketball practice; and in the evening might host a writing group at her home.

In some ways, keeping a tighter circle during the pandemic has been difficult, she admits. But she went into the lockdown in March feeling socially hung over – and overall her quieter life has felt restorative. “I detoxed from all the social connecting I was doing,” Carlton said recently. “I’ve gotten to crave that time to myself, and I’m so much more aware of when I need it.”

Beyond her immediate family, Carlton sees two friends regularly – for outdoor exercise and coffee dates – and for the most part, that’s enough. “There’s a group of families that used to get together regularly. … I miss that,” she says. “But not much else.” 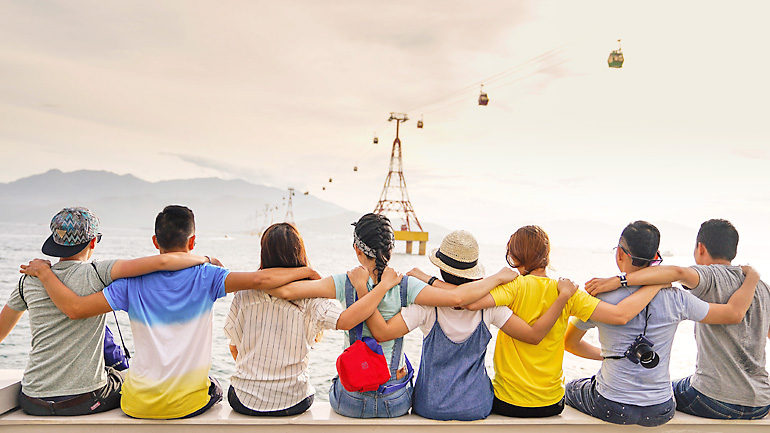 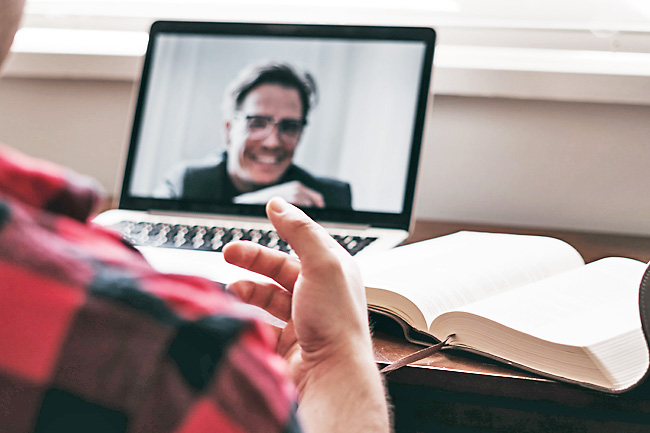 Carlton feels blessed to have an abundance of friends. But once her family is vaccinated and life begins to speed up again, she wants to continue focusing mostly on her besties rather than stretching to see everyone in her circle. Her pod just might outlive the pandemic.

Carlton is not the only one finding solace in a pared-down social life. Just as working from home has revealed that commuting to an office five days a week isn’t necessary for every worker, some who once tried to maintain dozens of friendships are realising they’re more fulfilled while keeping up with just their nearest and dearest. After nine months of living through an extended state of emergency, it’s clear who’s in your ride-or-die crew, who you can call if you need a walk, a talk or some help. For many, those inner circles are tighter than ever.

This time of hunkering down doesn’t leave much room for those casual friends or acquaintances you might’ve met for drinks or lunch every six months. Social media tricks its users into thinking they have hundreds or thousands of “friends,” but most of them are not people you’d confide in or rely on. Each one is a square in your Instagram feed, a Facebook update you might “like” or somebody that you used to know. Along with the many lessons of the coronavirus era, there’s one that comes with age and increasing obligations: We don’t have to catch up with everyone. Some friendships won’t survive this time, and that’s OK.

Shasta Nelson, a friendship expert who has written several books on how to maintain healthy relationships, finds that people who are prioritizing fewer pals, and are going deeper with them, are feeling more connected. “The pandemic gave us this collective permission to talk about the hard things going on in our lives without shame,” Nelson said.

However, Nelson points out, those with friendships that didn’t make the transition to phone calls, texting or Zoom “are the people who are super-lonely right now.”

Tam Sackman, a 26-year-old assistant at a communications firm in New York City, has gotten closer with her besties during this year – and has even had that rare joy of introducing friends from different corners of her life to each other. Over the summer, she picked a small group, everyone got coronavirus tests and they holed up in a house in the woods of Pennsylvania for two months. They split groceries and cooking duties. Every night, they’d watch a movie or play a board game.

Even though each of Sackman’s friends started as strangers, they believed her when she said everyone would get along. “They were taking a big swing by trusting me in that,” Sackman says, adding that “we had a really special experience.”

In fact, it was such a wonderful time that Sackman says she doesn’t have room for “inauthentic interactions anymore,” meaning connections that feel more like networking. Mostly, she has no patience for “the small-talk thing” with acquaintances or casual friends. The past year has made her feel fortunate that she has “an abundance of people I can talk to about difficult or deeper conversation topics.” Now, that’s all she wants.

Supriya Gujral has taken that quest for depth one step further. During the pandemic, the 48-year-old mother and tech executive in Silicon Valley sat down with her husband and thought about whom they could rely on if they both got sick. They asked themselves: Who do we pick up the phone to call and check on? And who picks up the phone and checks on us? Who do we ask to manage our estate or trust with our son?

The social accounting led Gujral to focus just on immediate family, a handful of close friends and her nanny. Everyone else she’d just keep up with via social media. The past year proved to her that “time is very limited,” and she wants the time that she has left “to be meaningful for myself and for the people in my tribe,” as she has dubbed that inner circle. “As we come out of this, things are going to be different,” Gujral predicts. “We just don’t know how different.”

Gujral got a taste of what her future holds when she and her husband planned a small outdoor gathering to celebrate Diwali in November. They usually host about 70 guests for the holiday; this year they downsized to 10.

“For some reason, it meant a lot more,” Gujral says. Just as she’s rethinking her priorities, she assumes others are as well. Post-pandemic, she adds, “I won’t get offended if I get half the invitations I used to get.”

Once you’ve decided to keep a smaller circle, how do set those boundaries? Gujral plans to be more transparent with invitations she can’t accept, telling friends or acquaintances that an event would intrude on family time.

When one of Carlton’s friends reached out around her birthday last month, asking when they were going to celebrate, Carlton spent an entire day thinking about how to respond. She’d already had a scaled-down celebration and didn’t want any more fuss. “I wanted to be honest and authentic – and not hurt her feelings,” Carlton said. Eventually she told her friend she felt “just the right amount of celebrated already” in her “hermit-like” coronavirus existence. Carlton has seen this friend since and reports that her polite decline seems to have done no damage.