While the Brunei Prisons Department carries out imprisonment sentences for inmates in their custody, the department accepts that these inmates also require guidance in becoming better versions of themselves for life after release from prison.

The acting director noted that the Brunei Prisons Department, established on March 1, 1954 and celebrating its 67th anniversary this month, employs two correctional approaches – the hard and the soft.

He explained that the hard approach is rooted in the physical incarceration of offenders where security and safety remain a priority in their day-to-day operations to maintain discipline and order, while the soft approach is based on the belief that most offenders can and should be rehabilitated through treatment, education and training so they can become productive members of the society.

“In following the latest correctional developments, the Prisons Department also embarked on its own transformational journey to become a more holistic rehabilitative institution,” said Haji Muhammad ‘Isamuddin. “We had to rethink our ways by reaching out to our counterparts across the globe, adopting best practices from correctional jurisdictions in ASEAN and around the Asia-Pacific region.” 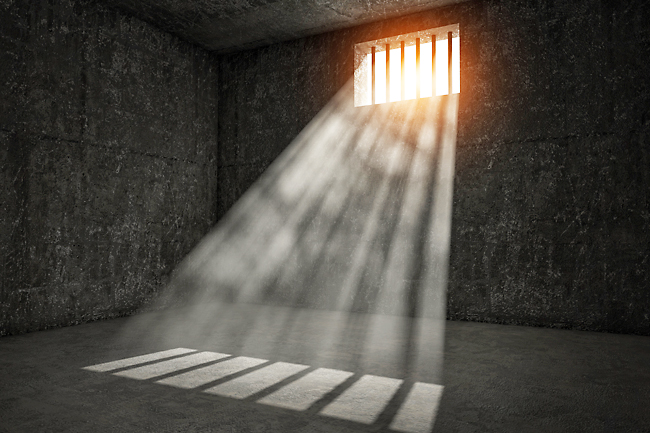 He added that the agency also follows guidelines from the United Nations Standard Minimum Rules for the Treatment of Prisoners, now called the Nelson Mandela Rules in honour of the late South African president who promoted humane conditions of imprisonment, raising awareness on prisoners being a continuous part of society and the work of prison staff as an important social service.

“Our current prison facilities include individual cells and dormitories, industrial kitchens to prepare meals for the inmates, classrooms for educational programmes and suraus for religious education and activities,” explained the acting director. “We also have medical facilities on site as well as workshops for skills training such as carpentry and metal work.”

“We also encourage inmates’ families to participate in our family counselling sessions to deal with the impact of incarceration on family members,” said the acting director.

He added that their vocational training programme makes use of human resource development tools such as the Holland’s Inventory Code of Vocational Interest to identify inmates’ suitability for different jobs.

“Some are great at artistic expressions, while others may be good at working with their hands; and there are also some who are natural entrepreneurs.

“So, based on the assessment results, we match each inmate with the appropriate training to build up their skills and creativity in the vocations they are assigned to,” the acting director said.

Parallel with these programmes, he added, the department emphasises the importance of practising civic responsibility as a citizen and enhancing spiritual growth through strengthening the foundational knowledge of Islam for Muslim inmates through a religious programme called Mujahaddah.

The programme incorportates memorisation, recitation and understanding of Al-Quran aimed at creating a first Hafiz Al-Quran from the inmates, fully supported by Yayasan Sultan Haji Hassanal Bolkiah through funding of religious instructors to teach the inmates in their Tahfiz classes.

Furthermore, the acting director said there are in-house programmes integrated with external programmes by the Aftercare and Re-integration Division to assist social re-integration of ex-offenders into their families and community following prison release, which is especially important, as research has shown that within the first 12 months of release, ex-offenders are vulnerable to relapse if they do not have family acceptance, a place to stay and a stable income.

“Our Aftercare and Re-Integration Division was created in 2014 to bridge the internal rehabilitation programme to transitional settlement in the local community. We are happy to report that since the inception of aftercare services for ex-offenders, we have seen positive reduction in re-offending rates in the last few years,” he said.

He added that while their efforts have paid off, re-integration should not become a major issue when looking at the overall structure of rehabilitation efforts and the results it has produced.

He admitted that the agency faces the same challenges as their inmates when it comes to public perception.

“Public trust and acceptance is very low towards ex-offenders, and this has caused discrimination in the re-integration phase, especially when securing employment. We recognise that most inmates are hyper-aware of the social labels that they receive from the society as criminals,” Haji Muhammad ‘Isamuddin said.

“Most inmates, when drawing closer to their release date, express a sense of uncertainty about their future, knowing full well that they would not be seen as rehabilitated individuals, instead as unsavoury people to avoid.”

The acting director said that although they understand the reaction as protective instincts of the society, it impedes the process of re-integration for those who seek to rebuild their life and those who want to move on from their mistakes.

“In short, most ex-offenders face serious social adaptation issues, which can include family and community stigmatisation, and the negative impact on their ability to find a job or housing or even returning to formal education.

“Unless they receive help to face these issues, they will be caught up in a cycle of failed social integration, re-offending, re-conviction and social rejection. Unless communities understand and accept the importance of ensuring the successful re-integration of offenders, most people will remain unwilling or unable to facilitate that process or to play an active role in the rehabilitation of offenders,” he said.

However, despite these challenges, Haji Muhammad ‘Isamuddin said the aftercare services continue to provide support for ex-offenders, with programmes ranging from family counselling to training opportunities at higher learning institutes.

With the engagement of over 25 partner companies, he said the department works with JobCentre Brunei to offer employment for ex-offenders, and all these efforts are based on the belief that if a person has made the conscious choice to strive for a better life, then correctional officers, with the help of the community, have the responsibility to facilitate and support that journey.