ANN/JAPAN NEWS – No doubt there are many who endure life in the congested city, vaguely longing all the while for greener surroundings. But the reality is that relatively few people will ever actually make a move to escape the rat race. Our writer asked two who had moved to the mountains all by themselves such questions as: “Why the mountains?” “At what point in time?” “What did you get from the mountains?” Here’s what she found out.

Kosuke Yamada moved from Tokyo to Yamagata in 2019.

He enjoys mountaineering and fishing in mountain streams and earns a living by making and selling hiking backpacks and working the odd part-time job.

Originally from Gunma Prefecture, the 35-year-old moved to Tokyo for college. Not knowing what he wanted to do, he worked part-time for two years after graduation before landing a position with the Katsushika ward office in Tokyo, hoping to find “a job that would contribute to society”.

Although he did find the work rewarding, he felt a growing sense of impatience. “I wanted to find what I really want to do,” he said. The answer came from a quiet place.

While deployed as a disaster relief worker in Minami-Sanriku, Miyagi Prefecture, for two years starting in 2014, he would often climb mountains on his days off. 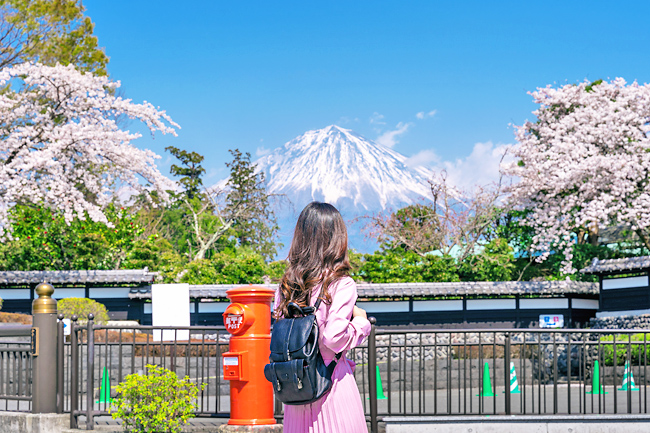 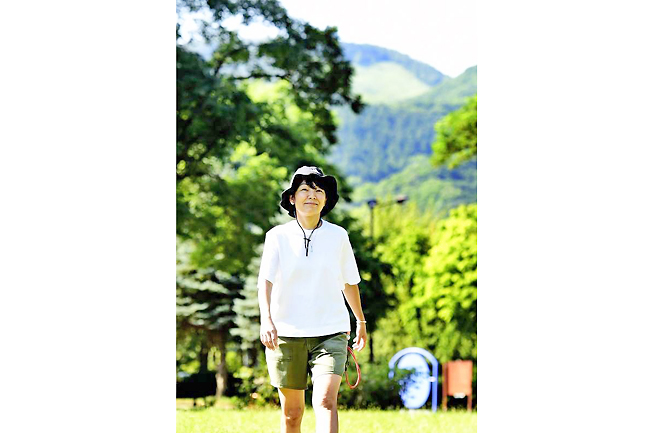 The summit of Mount Yakeishi in Iwate Prefecture is slightly misty and magical in the summer months. When Yamada hiked his way up, there were no other people along the path, and the only sounds to be heard were his own footsteps and breathing. At the mountain lodge, there was a friendly chat over dried fish grilled by a local hiker, he said.

Attracted by the quietness of the mountains – a sharp contrast from the noise on the crowded mountains of Tokyo’s environs – he continued to visit the Tohoku region even after returning to Tokyo.

The thrill of being able to see mountains from the rooftop of his ward office workplace added to his longing to live near mountains.

In 2018, after turning 30 and thinking “If I miss out now, I won’t be able to make up my mind,” he left his job without a clear idea of what to do next. Another turning point came when he fabricated his own backpack for a long trail challenge of about 4,300 kilometres (km) in the United States.

Dealing with wear and tear on his backpack on long trips led to a realisation: He could make a better backpack. “It would be great if people would use it,” he thought.

So after returning to Japan, he found a job at an outdoor goods store in Yamagata Prefecture where he could learn sewing, and moved there. After three years of honing his skills, he started his own business this spring under the brand ‘Yamada Packs’.

Now, while working part-time as a cherry farmer, he sells his products online and at events.

Recently, he has begun to sense a positive response, as evidenced by the fact that a veteran mountain guide has been buying his products.

He frequently visits the Asahi mountain range on the border of Niigata Prefecture.

“As soon as I enter the mountains, I often hear sounds that are not part of everyday life, such as birdsongs and the sound of the river.

“But after half a day in the mountains, I begin to feel quiet, as if I’m part of the place, even though the sounds are there,” he said.

“And with mountain stream fishing, I suddenly start to catch fish at the right time.”

Hiking entails a series of challenges, and overcoming them is the most rewarding part.

Making a backpack in the way Yamada has crafted them from scratch may be a similar experience.

“I am still groping in the dark. I love the Tohoku region’s mountains, and I have a clear desire to make things,” he said. He continues to go it alone, both in the mountains and in his work.

Miki Suzuki, an illustrator residing in Sapporo, made her way to that city to live and work near the mountains. Born in Tokyo, the 49-year-old took up trekking in Canada at the age of 24. She was introverted and lacked confidence in her English.

Yet, when unexpected situations arose while in the mountains, she and her Canadian friends tried their best to communicate with each other to work things out.

She felt like her true strength had come out, something she normally doesn’t show. And from that moment on, she was attracted to the mountains and came to like herself in that setting.

While holding a job as a saleswoman selling clothes, she would take time off to work part-time at a ski resort in the winter and at a mountain lodge in the summer. Thinking that she wanted a job that would allow her to go to the mountains, she began to draw comic essays on mountain themes, making use of her specialty – illustration.

She found it easier to work in Tokyo, and she had some hesitation before deciding to relocate. But at the age of 38, after publishing her first solo book and feeling that she could make it work, she moved to an old thatched-roofed house in Hokuto, Yamanashi Prefecture, surrounded by Mount Kai-Komagatake and Mount Yatsugatake.

She feels stress in the city because “I compare myself to others,” she said. Walking in the mountains frees her from such thoughts.

“Climbing a mountain is painful, but it makes me forget about my other worries. I feel like I am not Miki Suzuki or anyone else, but just an individual who is alive and walking. It feels as thought all I have to do is walk, eat and sleep,” she said.

Climbing mountains doesn’t solve all her problems, but it does change her mood, she said.

The year she turned 45, she left Hokuto after eight years and moved to a housing complex in Sapporo, where transportation is more convenient, taking into account how her physical fitness will decline as she ages. From the window of her house, she has a view of the mountains.

“The good thing about living alone is that I can choose where I want to live. But considering that I may need to take care of my parents in the future, this might be the last relocation I can make on my own,” she said.

The Cabinet Office polled people living in the greater Tokyo metropolitan area, which includes Tokyo, Kanagawa, Saitama and Chiba prefectures, about rural migration in its survey on changes in lifestyle attitudes and behaviours due to the impact of the novel coronavirus pandemic.

The results of the fourth survey, released in November 2021, showed that the percentage of respondents who were “strongly interested” to “somewhat interested” in relocating to a rural area was about 34 per cent for all age groups, and about 45 per cent for those in their 20s.