The Gran Chaco is slowly nibbled away

AFP – Dwarfed by its more prestigious sibling, the Amazon, South America’s second largest forest is a little-known victim of 25 years of gradual invasion by agriculture.

The Gran Chaco indigenous forest that spans one million square kilometres across Argentina, Paraguay and Bolivia is at the mercy of ravenous soya bean and sunflower crops, as well as pasture land.

The harm to local fauna and flora is immeasurable.

In some places, as far as the eye can see, carob trees uprooted by heavy machinery lie waiting to be taken away and used as charcoal, tannin, furniture and railway sleepers, for which this dense hardwood is particularly prized.

Here, in Argentina’s northeast, some 1,100-kilometre from Buenos Aires, is the country’s agriculture frontier. 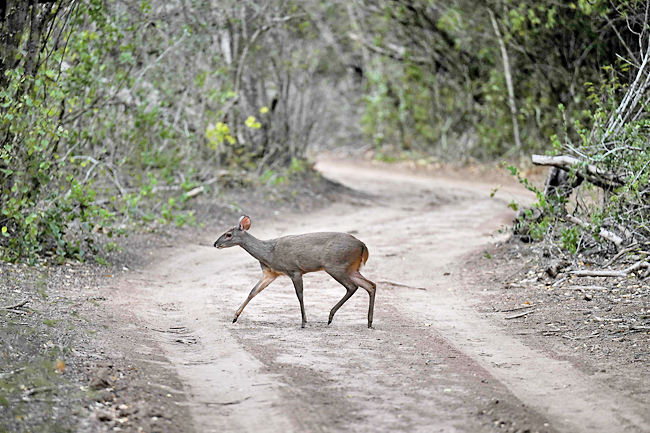 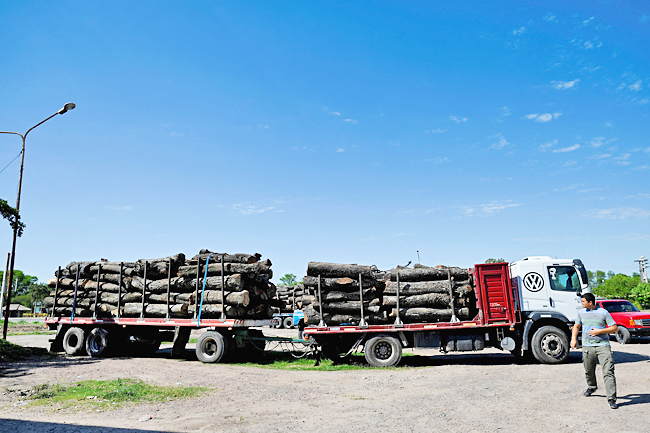 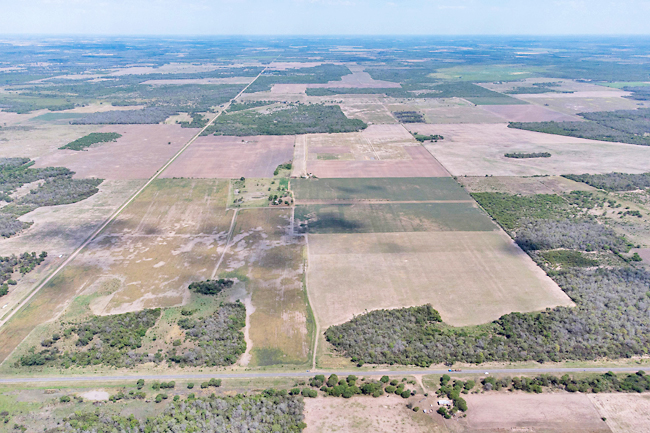 It is where the agro export industry, so crucial for a country short on foreign currency, advances at the expense various species of fauna and flora, as well as people.

“Practically all of Chaco province used to be covered by forests,” agricultural engineer Ines Aguirre from the Chaco Argentina Agroforestry Network told AFP. “But when the technological package of genetically modified soya bean appeared in the 1990s, the Chaco zone began to be colonised.”

Two of Argentina’s main exports, soya bean (30 per cent) and genetically-modified corn are, like sunflowers, resistent to dry climates, allowing them to thrive in the semi-arid Chaco region.

Deforestation in the region has averaged around 40,000 hectares (154 square miles) a year, peaking at 60,000 on occasions, said Aguirre.

“This shouldn’t happen because all forms of deforestation have been suspended in the province,” said the forests campaign co-ordinator at Greenpeace Noemi Cruz while picking up a handful of dusty earth from a patch of ground cleared of trees.

Without the protection of those trees “water slides on the surface but won’t penetrate the ground during the rainy season”.

Chaco includes a 128,000 hectare national park called ‘The Impenetrable’ that is designated a “red zone” and strictly protected by a forestry law.

But there are also “yellow” zones where tourism and “soft” agriculture are allowed, and “green” zones that are a free-for-all.

But this law has not proven sufficient to protect the forests.

“There is strong pressure from companies and agricultural producers that want to open up more farmland and there is a permanent international demand for primary materials, especially soya bean and beef,” said biologist and researcher Matias Mastrangelo, from the CONICET national scientific and technical research institute.

In the case of illegal logging, a lightly punitive fine “does not discourage clearing and the companies incorporate it as production cost”.

What this means is that deforestation around The Impenetrable park affects the rich fauna living within it, such as anteaters, peccaries, coral snakes, tapir and the continent’s largest feline, the jaguar, which is endangered in the region and the subject of an ambitious reintroduction programme.

“A forest that becomes a soybean field can no longer provide shelter for the jaguar, nor any of its prey. The destruction is absolute,” said biologist Gerardo Ceron, coordinator of the Rewilding Argentina team managing the predator’s reintroduction.

“In the dry Chaco, we are probably facing a very serious effect of losing fauna. We are seeing especially the extinction of large mammals,” said biologist Micaela Camino at CONICET, citing the giant armadillo and white-lipped peccary as examples.

“When a species is lost, you lose what is unique about the species. But also the nutritional security of local families and all the functions that this species performed in the ecosystem.

You’re losing the ability of this ecosystem to survive, regenerate and be resilient, which is very dangerous in a context of climate change.”

It is not just fauna and flora being pushed out but also local indigenous communities, such as the Wichi and Criollo who live in the forest.

“What generally happens is that before the logging, the rights of these families are violated, he said, adding that, “They are swindled (out of their land) and forced to leave their homes.”

Aguirre said there are solutions to regenerate the lost Chaco forest, starting with the replanting of the carob tree.

“The carob tree, which is a legume, produces a reaction between bacteria and the tree’s roots that recomposes the nitrogen in the soil. It’s amazing, the growth is incredible,” she said. But such programmes are for later. For now the priority is “stopping deforestation”.