THE WASHINGTON POST – In the Star Wars universe, the High Republic is the stuff of legend. But someone had to write the story.

It all started with a vague reference from Obi-Wan Kenobi. “For over a thousand generations, the Jedi Knights were the guardians of peace and justice in the Old Republic,” Obi-Wan explained in 1977’s Star Wars: A New Hope. “Before the dark times. Before the Empire.”

In the decades since those words were uttered, movies, books and television have explored nearly every imaginable facet of the Star Wars universe. But this particular period in the galaxy’s past remained in the realm of conjecture.

Now, that abstract golden age – a time of tranquility but also expansion, hundreds of years before the Skywalker saga – is finally coming into focus. Five writers, all with previous Star Wars books on their resumes, have been tapped to usher in a new era for the franchise by exploring one of the most storied.

In the coming years, Charles Soule, Claudia Gray, Cavan Scott, Daniel José Older and Justina Ireland will release books in the High Republic series, including comics and novels targeting various age groups. They will introduce new heroes – including the inspirational Jedi Avar Kriss – and villains, such as the Nihil, “space marauders”, who threaten the peace of the galaxy. 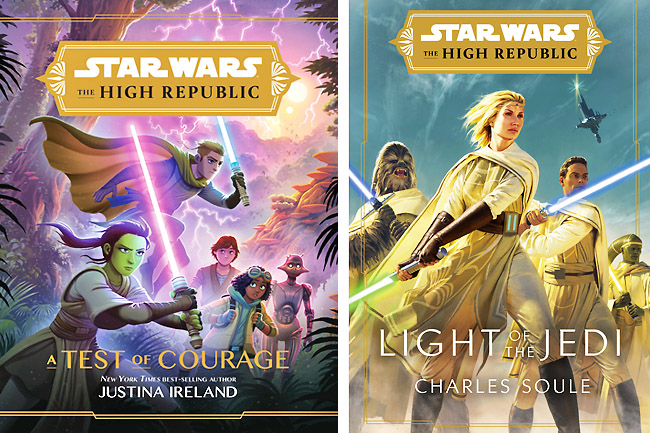 Creators working within the confines of an existing and lucrative franchise seldom have much creative freedom. But for both writers and readers, this is a rare opportunity to imagine the Star Wars universe as a blank slate.

Soule, who previously worked on a Marvel miniseries about Kylo Ren (aka Ben Solo) and is currently writing Marvel’s main Star Wars comic book series, refers to working within known stories as “dancing between the raindrops of existing characters”.

But working on the High Republic series is a different kind of choreography. “We have all these toys back in the toybox,” he said, “and it’s really invigorating.”

The High Republic is a welcoming entry point for newcomers to Star Wars, the lore of which can be intimidating to the uninitiated. Readers won’t need to have seen any of the movies to understand the plots. The new series essentially levels the playing field, because even the most obsessive fan won’t know where these stories will go.

“The great thing about it is that people are already discovering that the characters that they think are going to be the characters they’ll be with for the entire initiative, don’t always make it through that chapter, let alone the book,” said Scott, who is writing The Great Jedi Rescue, a children’s book illustrated by Petur Antonsson, and Marvel’s High Republic comic book series, drawn by Ario Anindito.

Readers with Star Wars knowledge will find at least one familiar face, though: Yoda’s. (Forget you must not that Yoda lived to be 900 years old.) In the new series, he’s younger (kind of) and does a lot more than dispense wisdom, especially in the IDW comic books written by Older, Star Wars: The High Republic Adventures illustrated by Harvey Tolibao.

“We see Yoda really out in the galaxy,” Older said. “He’s not stuck on Coruscant. He’s not in a library somewhere studying… We get to see him in action, in the thick of battle doing all these Jedi master Yoda things.” There had to be a cohesive vision of what this world would look like, and that entailed get-togethers, primarily through Slack messages and email once the pandemic began.

The team wanted to get the new look of the Star Wars universe down through early conceptional art, as well as to formulate “The Great Disaster”, a deep-space tragedy that connects all of the High Republic books. There were a couple of field trips to Star Wars creator George Lucas’ Skywalker Ranch in Marin County, California (which felt like “the best summer camp ever”, Ireland said).

Gray found a lot of inspiration at the Skywalker Ranch library, especially while plotting the path for Into the Dark protagonist Reath Silas, a young Jedi Padawan (apprentice) who would much rather read about lightsabers than use his.

“It’s literally just stuffed full of material that is designed to inspire creativity,” Gray said of Skywalker Ranch, noting that she could look through books on mythology or fashion from different centuries and that she found a note from someone who worked on a recent Star Wars movie inside a book. “It’s like a real cool Airbnb, but the movie poster on the wall happens to cost 10 thousand dollars.”

The franchise has stumbled at times in its quest to become more inclusive. The casting of John Boyega and Kelly Marie Tran in the sequel trilogy seemed like progress, until their characters were “pushed to the side”, as Boyega put it in a GQ interview, by the end of the third movie. But the High Republic books, much like The Mandalorian television series, are putting creative control into the hands of a diverse set of people.

“The diversity question is really a question about telling the truth,” Older said. “And the truth is, the world is much more diverse than the one that we’ve been shown on the movie screen and on the bookshelf for a long time.