The exclamation point of a smile

AFP – Sophia Bush, Vanessa Hudgens and Kate Middleton all have (at least) one thing in common: their smiles are marked by natural dimples.

This subtle indentation in the cheeks or chin has been gaining popularity worldwide for years – so much so that the number of surgical procedures to create fake dimples has increased.

However, there’s no need to go under the knife to get the look, as a simple makeup trick is seemingly enough… As you might have guessed, TikTokers are already crazy about it.

If you’re a frantic TikTok scroller, then you must have noticed the #fakedimples hashtag, which seems to be a hit on the Chinese social network.

With more than 10 million views, not counting its derivatives, this hashtag harbours a host of makeup tips to achieve fake dimples without resorting to cosmetic surgery, or potentially dangerous tricks spotted on the same social network. 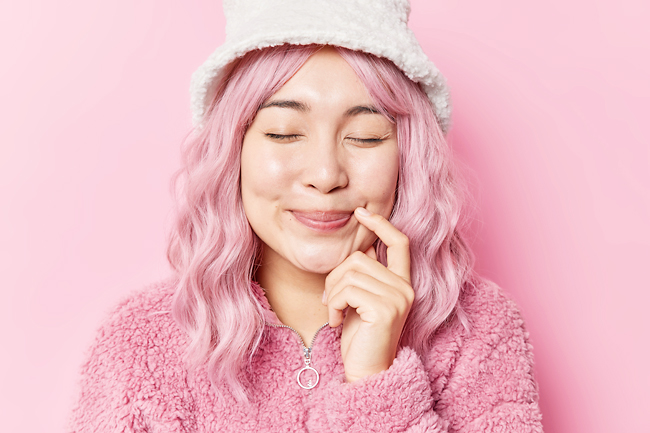 Here, professional makeup artists and beauty enthusiasts teach you how to create false dimples using two basic products and a brush – and all in two minutes.

It’s hard to trace the precise origin of this trend, which is already the source of thousands of videos, but one method, in particular, stands out above all – to the point of being picked up by many influencers.

To reproduce it, all you need is two beauty products – which are already at hand – and a brush, or possibly a makeup sponge, to blend everything in. And while the results of this trick are (obviously) temporary, they will save you the hassle of an expensive and arguably unnecessary surgical procedure.

After the theory, let’s get to work. To create the famous fake dimples, take a contouring pencil or stick and a concealer.

Now draw a first line – or a semicircle, according to some users – with the pencil or stick, which you then surround with two stripes of concealer, where the dimples would naturally form.

Then, all that’s left to do is blend it all in with a brush or sponge, and you’re done.

As you can see, this trick is based on the same shadow and light effects used to structure the face when contouring.

The trick varies very little from one user to another, except in the shape of the lines drawn on the face, or in the products chosen. Some opt for eyeshadow or even a liquid contouring product.

Either way, it’s an affordable beauty trick that’s accessible to all, safe and easily erased. What’s not to like?