LOS ANGELES (AFP) – A hugely popular web poll to find the fattest bear in an Alaskan national park has become the target of rampant ballot stuffing, according to organisers who said they had pounced to protect United States (US) democracy from another hammer blow.

With the country’s political class obsessing over election integrity, the annual Fat Bear Week poll seemed like the perfect example of a free and fair ballot.

But even this model of democratic probity appeared to have been sullied after a spam campaign to elevate Bear 435 over Bear 747, in a crucial semifinal head-to-head to determine which creature had piled on the most pounds.

“Like bears stuff their face with fish, our ballot box, too, has been stuffed,” tweeted Katmai National Park Service, which organises the annual tongue-in-cheek vote.

“It appears someone has decided to spam the Fat Bear Week poll, but fortunately it is easy for us to tell which votes are fraudulent.” Phew. 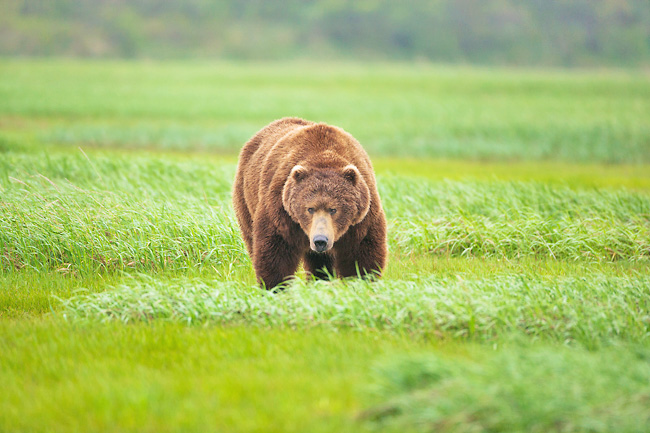 After a recount, Bear 747 – whose enormous mass and moniker have led to comparisons with Boeing’s jumbo plane – was named winner. He now faces off against Bear 901 in Tuesday’s grand final.

The week-long contest features match-ups between bears, with users voting for ones they believe look fattest after months of gorging on up to 45 kilogrammes of salmon a day.

The layer of chubbiness is vital to help the bears through their hibernation during the cold of an Alaskan winter.

During five months of deep sleep, they do not wake to eat, drink or even go to the toilet, emerging famished – and a lot thinner – in the spring.

While the bears who are the subject of the voting are immune to the fat-shaming that plagues life for those in the public eye, the contest itself has become something of a behemoth.

It began in 2014 as a small-scale effort to raise awareness of the bears and the environmental challenges they face, but by last year had grown to a gargantuan event, with more than 800,000 ballots cast.