THE WASHINGTON POST – No single thread connects my favourite food books (as opposed to cookbooks) of 2020, other than the fact that, perhaps, each author has no stomach for conventional thinking or even conventional storytelling forms. Whatever their subject, it might be as large and unmanageable as “coffee” or as elusive as one’s life story – these writers manage to convey more than facts and autobiographical details. They pass along truths, sometimes truths that had been all but invisible to mainstream culture.

These books sometimes argue with each other, too, which only heightens the pleasure of flipping from one volume to another. Dominique Crenn, the three-Michelin-star chef behind Atelier Crenn in San Francisco, was educated in part via the pages of Jean Anthelme Brillat-Savarin’s The Physiology of Taste, the oft-quoted treatise on the pleasures of the table. In her memoir, Rebel Chef, Crenn calls the book a “brilliant Enlightenment-era philosophy of gastronomy”.

Author Bill Buford, who has hung out with football hooligans and Mario Batali, takes a more jaundiced and journalistic view of Brillat-Savarin’s work.

The book “is pretty tough going”, Buford writes in Dirt. “Every time I tried to read it, I gave up. (Why is no one else saying this? In the two-hundred-year history of this book, am I really the only one who finds it to be a slog?)”

There is no right or wrong answer on the merits of The Physiology of Taste. It’s clear that Crenn, a native daughter of France with a fierce devotion to the soil, feels some connection to the musings of a 19th-Century Frenchman, whose prose is thick with the same genteel patrimony that impacted her life generations later. On the other hand, Buford, a great American architect of words, has a decidedly contemporary reaction when confronted with Brillat-Savarin’s more graceless aphorisms, such as “a dessert without cheese is like a beautiful woman with only one eye”. Buford throws shade. 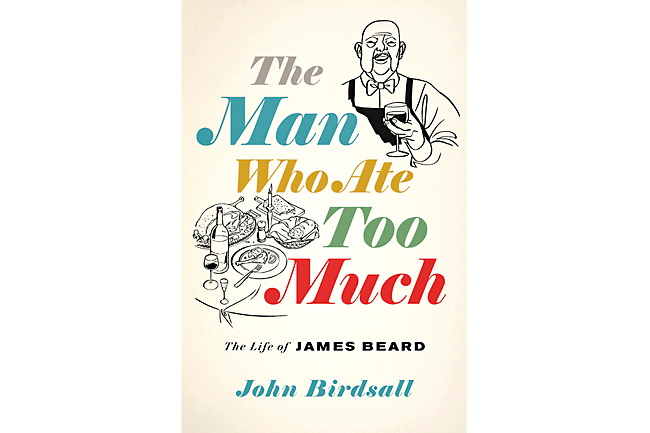 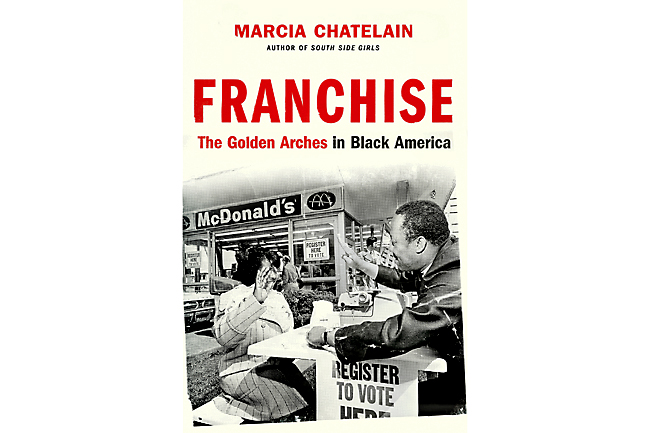 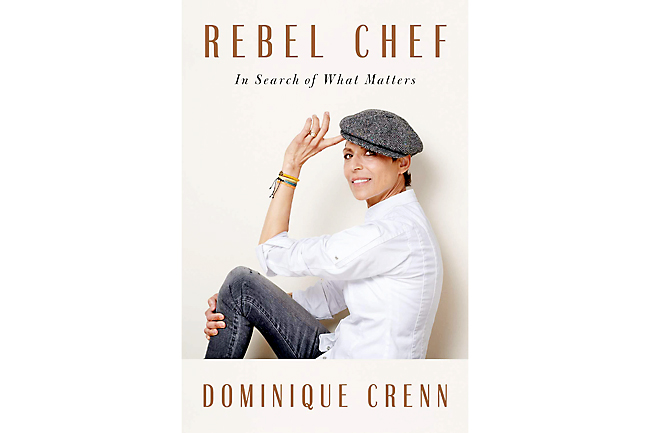 Both perspectives provide a window into the authors’ psyche, if not their souls. I’m not necessarily suggesting that you read all six of these books at the same time, or even consecutively. I mean, you literally can’t. One is available only as an audiobook. But I do think there is value in noticing how the stories intersect: Michael Pollan argues that coffee changed human civilisation in Caffeine. Historian Marcia Chatelain, meanwhile, makes a similar argument about fast-food chains: They altered countless lives in America’s most vulnerable communities.

The first book I ever read by Pollan was The Botany of Desire, with its brazen promise to provide a “plant’s-eye view of the world”. Sometimes I flip through the book again just to savour passages such as: “Slice an apple through at its equator, and you will find five small chambers arrayed in a perfectly symmetrical starburst – a pentagram.” You don’t have the benefit of lingering over sentences with Caffeine, Pollan’s short, audio-only work about the world’s most popular stimulant. You’re captive to the rhythms of Pollan’s voice. I’ve listened to it three times now.

Pollan makes a compelling case that coffee, once introduced to Western society, freed “people from the natural rhythms of the body and the sun, thus making possible whole new kinds of work and, arguably, new kinds of thought, too”.

But caffeine came with side effects. To experience coffee’s intense withdrawal symptoms and to see what life was like without the stimulant, Pollan went cold turkey on his daily habit. It’s worth checking out Caffeine for those stories alone.

The author behind Heat and Among the Thugs upends his life in New York and moves his family to Lyon, France, to learn everything he can about French food, culture and language. It sounds like the ideal subject for a long-form, first-person narrative – in the 1970s. In the accounting of contemporary food trends, French cuisine doesn’t rank as it did when the late Henry Haller held down the executive chef post at the White House for five administrations.

But this is why trends mean nothing in the hands of a master storyteller: Buford makes you care by the sheer force of his observational and writing skills. There are so many choice moments, but let me share a small one. It’s Buford’s description of soft-shell crabs, which arrived “in a box, alive, with eyes, lined up in rows on a straw bed, each no bigger than a child’s fist, ocean-wet, stirring slightly, and smelling of barnacles and anchors”.

‘EVERYTHING IS UNDER CONTROL’ BY PHYLLIS GRANT

No book moved me more than this memoir from chef and writer Phyllis Grant. Written in a form that’s not prose and not poetry, but some amalgam in which Grant’s observations are both elliptical and elusive, the memoir hints at things so large that words alone don’t suffice.

Grant unfolds her story in epigrammatic fashion, moving gracefully in time, drawing parallels between multiple generations. She writes about her fumbling attempts at a dance career, her success as a chef, her love lives and her shattering bouts of postpartum depression, delivered in prose that spares no one, especially the author: “Images pulse in my head, violent flashes in which I smash her brain in with a flashlight or throw her fragile body against the wall. Thousands of times, I watch her die.” The images pass.

Everything Is Under Control does include recipes at the end. But it is not a cookbook. It’s a brilliant testimony to taking the next step, even when your body and brain don’t want to, even when everything around you feels like it’s crumbling.

Chatelain provides an invaluable public service with Franchise. She explains, in irrefutable detail, the many factors that created an ecosystem in which America’s poorest communities have little access to fresh fruits and vegetables but plenty of opportunities to visit the Golden Arches. It’s a complicated tale that involves institutional racism, the United States highway system, the 1968 riots, market-driven solutions and blockbuster civil rights laws that had little real-life enforcement. Taking matters into their own hands, Black leaders began to promote entrepreneurship as a way to knock down the many barriers to opportunity, and McDonald’s executives quickly saw the wisdom in turning over their troubled urban stores to Black owners.

“McDonald’s was popular because it was cheap and it was among the few choices left in Black neighbourhoods eviscerated after civil insurrections,” Chatelain writes. The relationship between corporate America and Black communities was never equal, and the damage it created has been detailed in countless statistics, like this one: 75 per cent of African American adults are obese or overweight. Chatelain’s book, ultimately, is a warning against relying on the private market to correct society’s injustices.

‘THE MAN WHO ATE TOO MUCH’ BY JOHN BIRDSALL

James Beard could not have been an easy subject to tackle for a biographer. The dean of American cookery led a dual existence, one public and one private, and he took precautions to make sure it stayed that way. He was a man who moved through a largely conservative society, keeping his preferences mostly to himself while creating a culinary identity that was second to none. Beard could be expansive and generous and witty. He could also be cruel and petty and abusive.

Birdsall misses nothing in this definitive biography. But, just as important, the author never loses his compassion for his subject, no matter how awful Beard’s behaviour. This, to me, is one reason The Man Who Ate Too Much is such a masterful work: Birdsall always sees the humanity in Beard, and he dares his readers to understand how a repressive culture can weigh heavily on the shoulders of such a prominent man.

The details of one’s life matter, of course, but how you observe them and process them often mean more. Crenn’s memoir is packed full of poignant/trenchant observations, including her striking imagery of what it’s like to be an adopted child without knowledge of your birth family: “To be adopted is to have a shadow life,” she writes, “to live alongside the outline of What Might Have Been”.

Crenn would learn to embrace the shadow and see it a blank slate, not as darkness. After earning degrees in economics and business, Crenn left France, a country she found too rigid and repressive, to remake her life in California. She would become not only a chef, but one of the world’s most famous, with her high-wire distillation of French and international cuisines. Along the way, she would also discover truths about herself. She discovered this deep longing for the kind of freedom she saw in the people of San Francisco and, years before that, on the streets of England, where a group of kids invited Crenn to join their football game, thinking this “flat-chested” girl was a boy.

“For a moment,” Crenn writes, “I hesitated, wondering if I should point out their error. Then I ripped off my shirt, ran out into the street, and for the space of an hour, ran around playing football in the sun, as free as anything in the world, as free as the boys.”