THE WASHINGTON POST – Sometimes you really want to like a book. The attraction starts with a well-designed cover that catches your eye (in this case, one reminiscent of Thinking Fast and Slow by Daniel Kahneman or virtually any Malcolm Gladwell book) and the tease of a groundbreaking idea. Add the promise of a silver lining for a disadvantaged group, and it should be a feel-good read.

Unfortunately, The Pattern Seekers: How Autism Drives Human Invention by Cambridge University professor Simon Baron-Cohen never really lives up to its thought-provoking title. Despite the best of intentions, it too often feels half-baked, like a pastiche of ideas from other books.

The book opens with a description of two different boys, each identified by one name only. Both have delayed speech and odd tics that cause their mothers and teachers to worry. But they have unique skills, too – a passion for experimenting and classification and the ability to observe small differences. You probably won’t be surprised to find out that one of them was a famously prolific inventor, while the other struggles with autism.

After this introduction, you might be expecting to learn more about the relationship between autism and invention, but no. The text abruptly pivots to lay out a sort of grand unified theory of human innovation, and it is pretty intricate. The traditional scientific hypothesis you learned back in high school can be characterised by its “if-then” structure: If you drop a ball, then it falls to the floor. Baron-Cohen proposes an innovation that he feels is magic: the addition of the word “and”, so it becomes “if-and-then”. Seriously. While he admits that the words may seem simple, he sees this update as representing how humans introduce variables into a hypothesis to look for patterns (if you put a tomato seed in the soil and the soil is moist, then a tomato plant will grow). He brands his “if-and-then” proposition the ‘Systemising Mechanism’ and confidently declares that this expansion in thinking is what allows humans to invent. 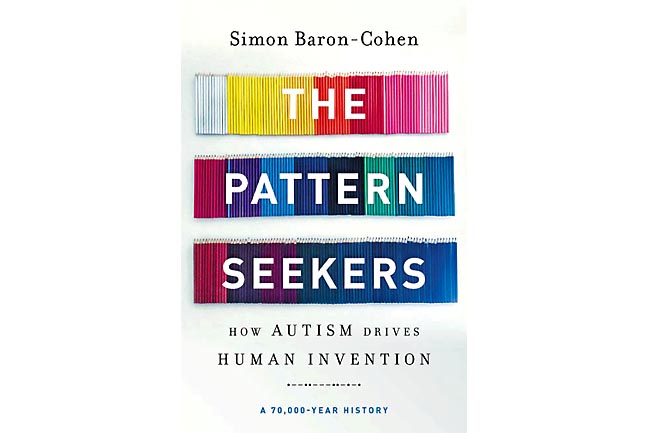 It would be a much easier case to make if it stayed narrowly focussed on the autistic traits found in successful inventors, but Baron-Cohen swings for the scientific fences. He identifies the systematising mechanism as being responsible for an enormous array of developments, including Stonehenge, the discovery of penicillin and more than 300 skateboard moves. Having made these and more wide-ranging claims, he sets out to ground them in a six-point evolutionary hypothesis, identifying humans alone, and more specifically certain types of human brains, as holding the key to systematising.

The following chapters assume a number of big, unwieldy and often quite intriguing ideas in an attempt to connect the dots and prove this thesis. There are five types of brains, which differ according to their levels of empathy (someone who feels your pain) and systemisation (someone who programmes your computer). According to Baron-Cohen’s definition, it’s really an invention only if a finding is refined – so you can’t just stumble upon something new, you have to improve on it. Neanderthals couldn’t invent, and neither can animals (although after reading about chimps, octopuses and crows, you may decide the jury is still out). Always bold, Baron-Cohen is not afraid to be provocative (a trait he shares with his cousin, the comedian Sacha Baron Cohen). He unnerves the president of MIT with a proposal to study the rate of autism in the children of alumni. He matter-of-factly states that there are structural differences between male and female brains, a position all but guaranteed to start an academic food fight.

The problem is, he’s bitten off so much, there simply isn’t enough space to fully flesh out all of his arguments, and this is where things start to fray. Baron-Cohen frequently seems to lose patience with all the explaining that is required and resorts to sweeping statements about what he believes, bolstered more by repetition than explanation. For example, he makes reference to 70,000 years ago more than 30 times in a text that is only 186 pages long. But it isn’t until halfway through the book (and after a dozen usages) that he reveals just why he finds this time frame so meaningful. Apparently, according to archaeologists, 70,000 to 100,000 years ago is when humans went through a toolmaking revolution. It is in the artefacts from this period, such as beads and bows-and-arrows, that he detects his first evidence for “if-and-then” thinking.

Rather than being a passive author, Baron-Cohen is very much a presence in his book, right there in the driver’s seat and talking directly to you. He lectures and occasionally hectors, and expects you to agree with him because he is the authority. Merely 40 pages into the book he states, “I hope you agree that the evolution of the Systemising Mechanism has been remarkable in causing what I and others call the cognitive revolution, a step change in our understanding of the world and enabling our capacity to invent.” He’s not shy. But after a while, Baron-Cohen’s insistence on being the arbiter of such a wide array of knowledge becomes trying. There’s too much tell, not enough show.

The Pattern Seekers is its most engaging, and moving, when it allows the few autistic individuals it profiles to speak for themselves. When Jonah, a 32-year-old living with his parents, describes his despair at not being able to find a job or make friends, and his subsequent suicidal thoughts, it is heartbreaking. Baron-Cohen has made his life’s work advocating for his autism patients, and he asks the world in abstract, and you the reader directly, to give them a chance. In this sense, his promotion of the idea that the systemisation found in autistic brains is the driver of inventiveness can be seen as a forceful argument for why we should value those with autism.

The last chapter of the book is filled with excellent practical suggestions for how to nurture the inventors of the future and integrate autistic people into society. Clearly Baron-Cohen is back in his wheelhouse, and it shows. The examples are intriguing, such as the study confirming that autistic security employees are better at identifying suspicious items in luggage X-rays. Even the writing is better – where previously it plodded along, now it kicks into gear and the text is clean, fluid and easy to read. His advice is so thoroughly pragmatic and useful that it almost justifies buying the book for these 16 pages alone.