CNA – Using emojis to convey our thoughts has become commonplace, whether in a professional or private setting. However, according to Tiktok and Reddit users, Gen Zs are cancelling some emojis that are frequently used by older folks – boomers – calling them “uncool” and “rude”.

“It’s common wisdom on TikTok that the laughing crying emoji is for boomers,” Chief Emoji Officer of the reference website Emojipedia Jeremy Burge wrote in a blog post. Older generations tend to use emojis literally while younger people get more creative, he added.

SOME EMOJIS ARE ‘HOSTILE’

Gen Zs on Reddit are calling out the popular thumbs-up emoji for being “passive-aggressive” and “hostile”.

The author of one post added that the thumbs up emoji is an unsettling response, while a user claiming to be 24-years-old said that “it’s super rude if someone just sends you a thumbs-up. So I also had a weird time adjusting because my workplace is the same”.

The explanation given by several Reddit users is that a simple thumbs -up emoji can be seen as dismissive and hostile. 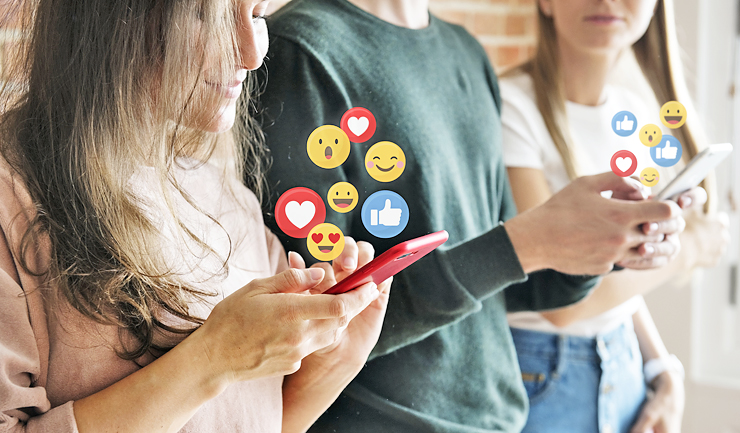 While it is an acknowledgement of a message, it comes across as insincere and shows a lack of effort in typing out a response to that message.

According to a survey by Adobe of emoji users in the United States (US), only 74 per cent of Gen Z agree that it is okay to only send an emoji as a quick response instead of words, in comparison to 84 per cent of ‘Boomers’.

However, the same Redditor pointed out that it might be a generational communication culture difference.

“(Emojis) can be interpreted as disrespectful. It can differ from generation to generation. Across the board, people want to know they’ve been heard and emojis do not convey that for everybody,” said lifestyle and etiquette expert Elaine Swann quoted by the New York Post.

It appears the older the person is, the more likely they are to react with the thumbs-up emoji.

“In my experience, the boomers use them more than anyone else,” a Reddit user said in a separate post.

According to the same survey by Abode, older people are more likely to be literal with their emojis whereas younger people use them in a more creative, even metaphorical way.

A survey of 2,000 people conducted by Perspectus Global – which bills itself as an independent, international research agency – showed that a majority of people between 16 and 29 believe that those who send a thumbs -up emoji are “officially old and past it”.

Another example of an outdated emoji is the heart emoji. According to the Perspectus Global survey, the heart emoji falls under the Top 10 emojis that you look “old”.

However, older people seem less inclined to use the heart emoji in professional settings as compared to Gen Z.

“I actually find a heart emoji weird for work messages. I use heart (emojis) for things like when someone says ‘I got a new kitten’,” a self-proclaimed boomer wrote on Reddit.

“Agree, to me the heart is reserved for friends and family, and has a more intimate meaning of love, while thumbs-up is just simple agreeing,” another 43-year-old chimed in.

In contrast, Gen Zs seem to prefer the use of a heart emoji over a thumbs -up emoji, even in the workplace.

“I either ‘heart’ reactions or reply even if it’s a short ‘Great!’ or ‘Thanks!’,” the original author of the Reddit post wrote.

“I love the thumbs-up emoji. I love it because it means many many things. It means ‘I approve’ or ‘I understood and will obey’ or ‘I agree’,” a self-professed boomer on Reddit responded.

According to a business consultant cited by the Daily Mail, the emoji potentially has very different meanings, depending on the cultural background of the recipient.

It is important to understand the relationship dynamic at a workplace before deciding to use emojis, said Sue Ellson.

The conclusion? Check the age range of the people you are sending your emojis to.