Thailand to import 10,500 tonnes of shrimp as domestic yield sinks

THE NATIONAL THAILAND – Thailand will import over 10,500 tonnes of sea shrimps this year to ease a shortage at processing plants. The move was announced yesterday at the first meeting of the shrimp board, chaired by Fisheries Department chief Chalermchai Suwannarak.

The new board has 21 members representing the government as well as shrimp farmers and processors.

Chalermchai said the board’s main goal is to help farmers by stabilising the price of Pacific white shrimp. But since domestic production cannot meet demand from processors for export, the board decided to allow 10,501 tonnes of shrimp to be imported from Ecuador and India this year, he added.

About 42 tonnes of shrimp have been imported since the Fisheries Department approved shipments on June 10.

Chalermchai said the imports would not affect the price of Pacific white shrimp raised by Thai farmers but would only fill the gap in demand. The board has targetted domestic production of 320,000 tonnes of white shrimp this year, rising to 400,000 tonnes next year. 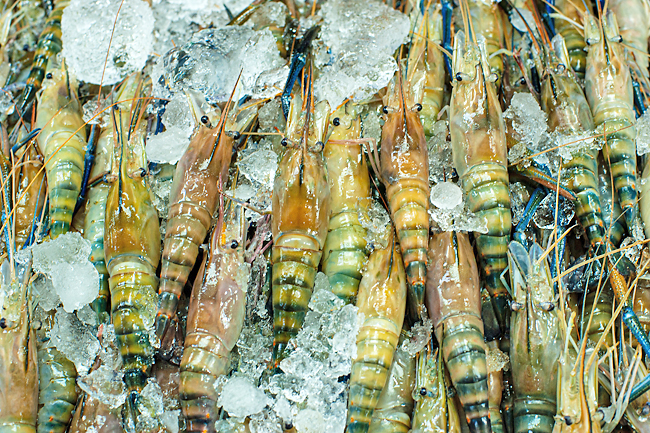