BANGKOK (BERNAMA) – Thailand reported 21 new COVID-19 fatalities, a record high for the second consecutive day, bringing the death toll in the kingdom to 245 since the pandemic began in January last year.

Ministry of Foreign Affairs Deputy Spokesman Natapanu Nopakun said Bangkok Metropolitan Administration (BMA) would step up active case detection under its jurisdiction in the bid to break the COVID-19 chain of transmission.

“SMA will conduct active case detection in five districts starting today. With early detection, we hope to prevent the spread of COVID-9 by tracing and isolating close contacts to break the chain of infection,” he said at a COVID-19 daily briefing yesterday.

Meanwhile, the Ministry of Public Health said more than 430,000 people have registered for COVID-19 vaccination which began yesterday. The inoculation is set to start in June for nationals aged 60 and above with priority given to those with chronic diseases.

The ministry aims to vaccinate 16 milion people under the first batch of registration. 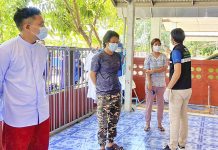 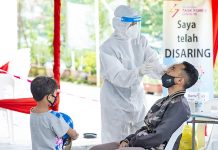 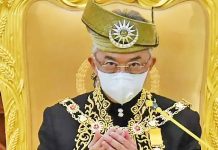