ANN/THE NATION – A 22-year-old Thai woman has been confirmed as the fourth monkeypox case in Thailand. All previously confirmed cases are men – Nigerian, Thai and German nationals.

She is believed to have contracted the disease through physical contact with an infected case, he said.

The woman told health officials she had a fever on July 29 but visited an entertainment venue the following day with Thai and foreign friends.

Later, blisters appeared on her limbs before spreading to other parts of her body including the genital area. She was admitted to a hospital in Samut Prakan province on August 3.

Tests the following day by the Department of Medical Sciences and Chulalongkorn University’s Faculty of Medicine confirmed she had contracted monkeypox virus, according to Dr Opart.

She is being treated at Bamrasnaradura Infectious Diseases Institute in Bangkok. Health authorities are attempting to locate people who had close contact with the woman.

Dr Opart stressed that it is not easy to contract monkeypox. However, close physical contact with strangers is a risk factor, he added.

Meanwhile, chief public health official in Phuket province Dr Kusak Kukiattikoon said yesterday that the Thai girlfriend of a 25-year-old German man diagnosed with monkeypox had tested negative for the virus. Her family members are being monitored by medics. 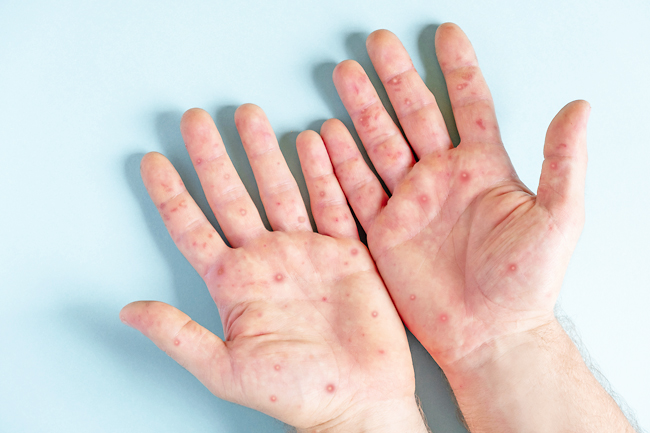