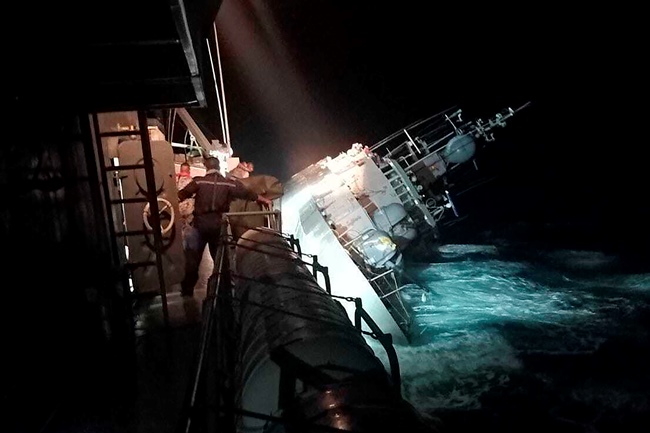 BANGKOK (AFP) – Thai military frigates and helicopters were searching on Monday for 31 sailors after a naval vessel sank, with dozens of others having been hauled from choppy waters.

The HTMS Sukhothai capsized late on Sunday night as it was patrolling the Gulf of Thailand, about 37 kilometres off the nation’s southeastern coast. Some sailors survived by jumping into a life raft at night, according to images shared by the Royal Thai Navy, which said 75 people had been rescued.