ANN/THE STRAITS TIMES – Thailand’s Constitutional Court will meet on Thursday to consider a petition challenging Prayut Chan-o-cha’s ability to stay on as prime minister after the former coup leader pushed back on claims his term began in 2014.

The nine-member court will hold a special meeting to review statements furnished by Prayut’s legal team and others involved in the drafting of the 2017 military-backed charter, local newspaper Thairath reported yesterday, without saying where it got the information.

The court will determine whether the evidence is sufficient to set a date for a ruling, Thairath reported.

Officials at the court’s public relations department could not immediately be reached for comment.

Prayut ceased performing his prime ministerial duties on August 24 when the top court suspended him following a petition from the opposition.

The suspension stays until the court determines whether he violated an eight-year term limit, which his opponents say began after he seized power in a May 2014 coup.

In a written defence statement submitted to the Constitutional Court last Thursday, Prayut argued his premiership did not start in 2014, according to Deputy Prime Minister Wissanu Krea-Ngam.

“The exact determination is a matter for the court, but it was specified clearly that the start date wasn’t August 24, 2014,” Wissanu told reporters on Sunday. “It couldn’t be said exactly when the counting should start from.”

While the court had unanimously accepted the opposition plea on the term limit, it made a split decision to temporarily suspend Prayut, saying there was some merit to the petition.

The court challenge, which could lead to different scenarios including Prayut being declared ineligible to hold the premier job, is based on a debate over whether his years as junta leader before the current charter became effective in 2017 should be counted.

After being named prime minister of a military government in 2014 following a coup, Prayut stayed on to lead a new civilian administration headed by a military-backed party after an election in 2019. 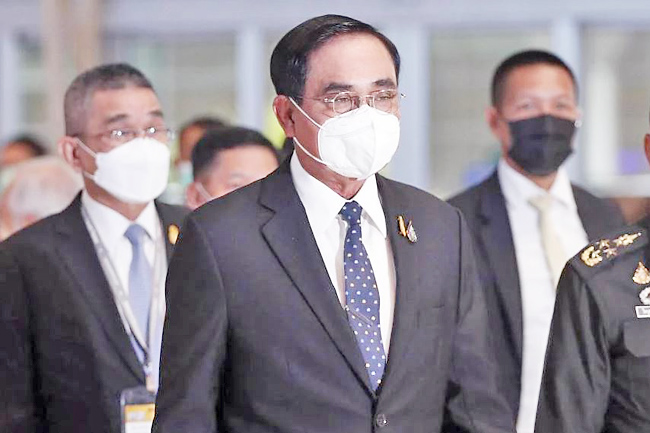