The court suspended the former army chief, who came to power in a 2014 coup, from office last month as it weighs a case brought by opposition parties arguing he had reached the end of his eight-year term limit and must step down.

Under Thailand’s 2017 constitution, no prime minister may serve more than eight years in office, but when Prayut’s term began is the subject of dispute.

The Constitutional Court said yesterday it required more information and reports from the official group that drafted the constitution.

Deputy Prawit Wongsuwan has taken over as caretaker prime minister, while Prayut continues to serve as defence minister.

Prayut led the military coup that ousted Yingluck Shinawatra’s democratically elected government, and led the junta government until becoming prime minister after a general election in 2019.

Supporters of the 68-year-old leader argue the clock on his term began when the 2017 constitution came into law, or even after the 2019 general election.

If the court agrees, Prayut could technically continue to serve until 2025 or 2027 – if he wins a general election due by March.

But Prayut is increasingly out of favour with voters and under his watch the kingdom registered its worst economic performance in three decades.

Student-led, pro-democracy protests in Bangkok in 2020 attracted tens of thousands of people at their peak, and a key demand of the movement was for Prayut to resign.

The court’s next hearing will be September 14. 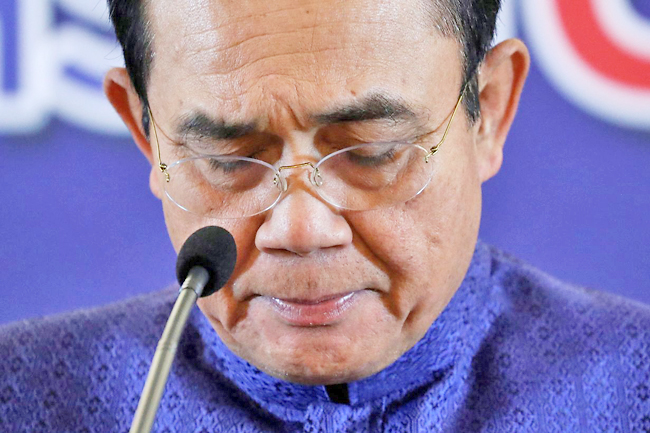