Five teams from Belait District gathered to compete in the JCWE Veteran’s Cup at the New Village Mutual Aid Basketball Court in Seria on Monday.

The tournament organised by Belait District Basketball Association (BDBA) and JCWE Sdn Bhd and sponsored by Hui Huang Enterprise was open to players aged 40 and above.

The five teams competing in the tournament were Water Pro, TGM, Menglait, Redz Eagles, and The Rookies’.

JCWE Sdn Bhd’s Johnny Chong officiated the competition by tossing a ball at the beginning of a match.

Two matches were played on Monday.

One match was between TGM and Menglait where the former gained a six-point lead in the first quarter which grew over the course of the match before ending with 93-80.

Meanwhile, The Rookies’ also began with a favourable start against Redz Eagles. The match ended with the The Rokkies’ winning 94-76. 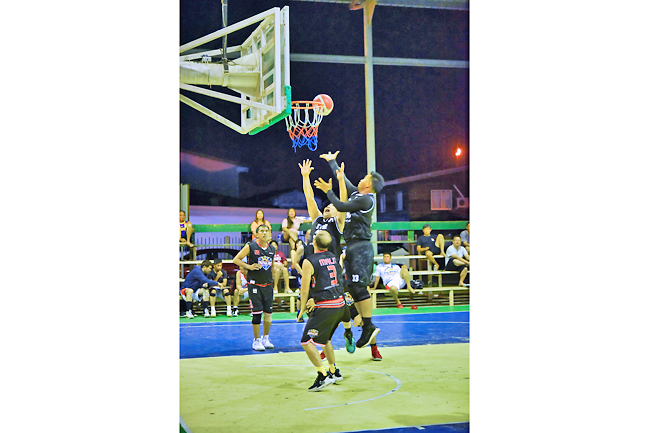