WASHINGTON (AP) – State officials across the nation have taken on Big Tech companies in the courts and state legislatures, and federal regulators have nipped at Twitter over alleged violations of users’ data privacy.

Now, one state attorney general with an outsize personality and edge-skating stance nearly in the league of Elon Musk (AFP, pic below) is striding into the maelstrom of Musk’s USD44 billion now-tenuous bid for Twitter. He is launching an investigation of Twitter for “potential false reporting” of bots on its platform to bolster complaints Musk himself made this week in threatening to walk away from the deal.

Texas Attorney General Ken Paxton announced his investigation of Twitter on Monday just hours after Musk, the billionaire Tesla and SpaceX CEO, accused Twitter of refusing to disclose the extent of its spam bot and fake accounts.

The unexpected turn in the months-long drama of Musk and Twitter sent that company’s shares down 1.5 per cent, likely angering shareholders who had filed suit against Musk last month, accusing him of deflating the stock price. Twitter’s shares have tumbled more than 20 per cent in the last month. They closed at USD40.13 on Tuesday, up 57 cents.

Paxton’s unusual move struck observers as singular and possibly inappropriate, though he likely has the legal authority to pursue it. In launching his investigation, Paxton suggested that Twitter might have violated Texas’ Deceptive Trade Practices Act. 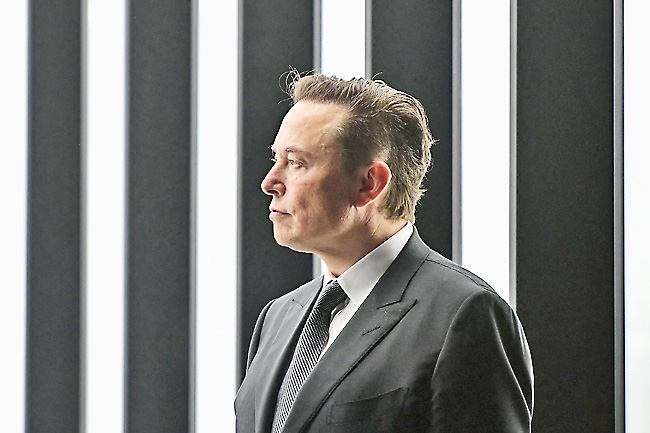 The state attorney general’s move against Twitter is far different from the growing legal actions taken by groups of states that have joined to target alleged anti-competitive practices by Google and Meta, for example, or to investigate TikTok and its possible harmful effects on young users’ mental health.

“The SEC has the resources and the expertise and the legal remedies for this, and I doubt that Texas has any of these,” securities law expert who was the Regional Director of the SEC’s San Francisco office Marc Fagel said in an interview. “It’s a headline-based investigation as far as I can tell.”

Spokesman for the Republican Attorneys General Association Johnny Koremenos told The Associated Press (AP) that he’s unaware of any other state attorney general who might be planning to launch a similar investigation into Twitter.