SAN FRANCISCO (AFP) – Tesla factory workers in California will be exempt from new coronavirus restrictions which took effect on Saturday in the state because they are considered essential, after CEO Elon Musk feuded with authorities over an earlier shutdown.

“The limited stay-at-home order does not apply to employees deemed essential workers – manufacturing is listed as an essential workforce,” said California’s Department of Public Health, specifying in particular transport products and equipment.

The exemption will allow Tesla’s auto assembly plant to avoid a new curfew across much of California while continuing to abide by a health plan already in place.

The 10pm to 5am stay-at-home order, apart from essential activities will remain in force through December 21.

Some 94 per cent of the population is affected by the curfew, including residents of Alameda, where the electric car manufacturer’s plant is located.

In May, Musk feuded with authorities over the re-opening of the California plant and threatened to move his headquarters and future projects to Texas or Nevada. He at one point announced the restart of production on Twitter and challenged authorities to stop him. 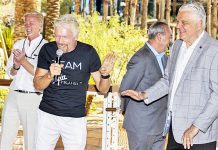 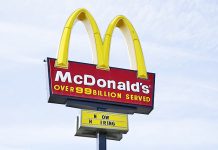