THE WASHINGTON POST – Are you a runner who hates running?

It turns out, a lot of runners don’t love the actual running part of their sport. Running can conjure up memories of pain and punishment from high school sports. It can feel like a chore. Even avid runners who love the sport have had periods where their motivation wanes.

One popular search on Google: “How do you start running when you hate it?”

Outdoor adventure writer who runs ultramarathons Brendan Leonard said when strangers learn he’s a distance runner, they often tell him that they hate running, to which Leonard replies, “I hate running, too, man. It’s not that fun.”

And yet, running is one of the most popular forms of exercise with nearly eight million people around the world signing up to compete in races each year. Running can be cathartic, and people who do it often feel a sense of accomplishment.

The Washington Post asked readers, “Do you hate running but want to do it anyway?” Over 100 people responded with stories of their love-hate relationship with running. Here’s their advice. 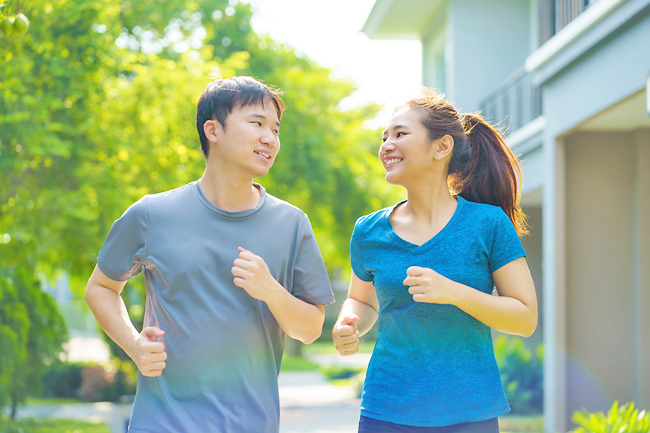 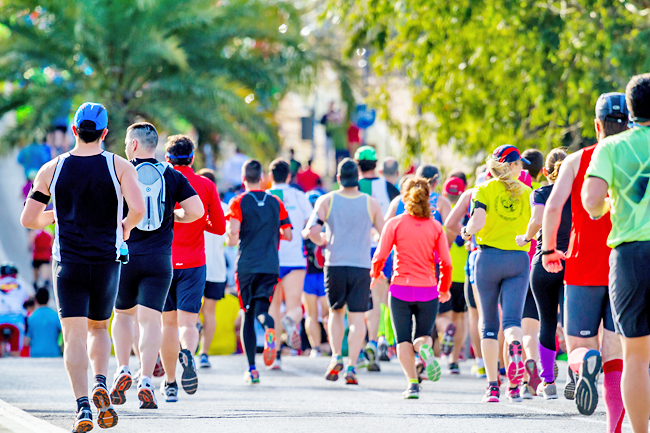 GO SLOWER. YOU CAN EVEN WALK SOMETIMES

You don’t have to go fast. You don’t even have to run the whole time.

Townsend ran-walk-ran for 20 minutes several times a week for about four to six weeks. In the beginning, that meant he was running a 12- to 13-minute mile pace. “If you can run and have a conversation with someone, then you’re at the correct pace,” Townsend said.

“And once I learnt that, that’s what was the key catalyst to improving and then learning to love running.”

EXPECT THE STRUGGLE. EMBRACE THE BOREDOM

The struggle of running is a shared experience with every other runner, from beginner to elite marathoner.

In his book I Hate Running and You Can Too: How to Get Started, Keep Going, and Make Sense of an Irrational Passion, Leonard recommends giving yourself permission to struggle.

Running takes time. It requires practice. You need the proper shoes and gear, which can be found at specialty running stores.

Another common refrain from people who don’t like running is that it’s boring. Leonard, 43, agreed. But to him, “Boredom is fertile. It’s a great place to put yourself to actually think, as opposed to something that’s commanding your attention every few seconds.”

MAKE A GAME OUT OF IT

Mika McDougall, who is married to Christopher McDougall, the best-selling author of Born to Run: A Hidden Tribe, Superathletes, and the Greatest Race the World Has Never Seen, realised that she needed extra motivation to run during the frigid winter days of Lancaster County, Pennsylvania.

She noticed that in a nearby neighbourhood, residents had set up free libraries in their front yards. She started to organise her runs around them. By the end of her runs, she would have a pile of books to take home. She would also drop books off.

“I wanted to vary it up to entertain myself, because you can kind of get into a routine and get bored,” said McDougall, who has since moved to her home state of Hawaii, where the weather is warmer. “It was a fun way to plan the afternoon and get rid of junk around the house.”

RUN WITH A PERSONAL COACH IN YOUR EAR

Listening to a running podcast or guided running app during your run is like having a personal coach by your side. You can search for a variety of apps for runners of all levels.

Listening to the NHS Couch to 5K podcast has helped. The episodes distract her from pain and offer reminders about form and breathing. The podcast is “a completely judgement free, nurturing way into running”, Mullen said.

Mullen’s cousin, 34-year-old Emily Kane, of Philadelphia, runs with Peloton’s guided workouts. “You kind of feel like you’re not by yourself,” she said.

RUN WITH MUSIC OR ENTERTAINMENT

Music, audio books and podcasts can also serve as entertainment and distraction on a long run. “At low to moderate intensities of running, the reduction in the rates of perceived exertion is around 10 per cent” while listening to music, said professor at Brunel University in London and Applying Music in Exercise and Sport author Costas Karageorghis

Look for headphones with “bone conduction technology” and an open-ear design so you can listen to music but still hear traffic and stay aware of your surroundings.

HEAD TO THE TRAILS

Trail running allows a change of scenery and an escape into nature. It also gives you “permission to slow down”, said Mike Crowley, 59, of Conshohocken, Pennsylvania, who has competed in multiple 100-mile races, including the Eastern States 100 in Waterville, Pennsylvania.

“It’s not as monotonous,” Crowley said. “The environment is more appealing and changes through the season. The community of trail runners is very welcoming and a fun group to be a part of.”

The American Trail Running Association (ATRA) lists dozens of trail-running events in the United States (US) every month.

Not everyone experiences the runner’s high the same way, but research suggests the feeling has to do with endocannabinoids, which are the natural versions of THC and CBD.

“When we say runner’s high, we mean kind of a euphoric effect that some but not all people experience after a bout a physical activity, and also reductions in pain and anxiety and stress,” said assistant professor of psychiatry and behavioural neurosciences at the Wayne State University School of Medicine Hilary Marusak.

“An acute bout of exercise, whether it’s running or cycling or swimming – or even yoga – was associated with an increase in levels of circulating endocannabinoids.”

Leonard, the outdoor adventure author, starts feeling the runner’s high after 40 to 50 minutes into a run. “It takes a lot of work to get to a point where running is relaxing,” he said.

A common question beginners ask is how to breathe. Running coach for McKirdy Trained Heather Knight Pech said one of the first thing she tells her clients is to slow down their pace.

While running, Knight Pech suggested inhaling through the nose and mouth but exhaling deeper out of the mouth. The key is slowing it down and avoiding short and shallow breathing.

A number of runners noted that the running community – during training and at race day events – can make running more fun. The Road Runners Club of America offers a comprehensive list of US-based running groups.

Matt Lindner, a 39-year-old Chicago marketing manager, ran high school cross-country and tried to get back into the sport at various points in his adult life with little success. “For me, there was just no point going out on a run when I could sit around at an eatery,” Lindner said.

On a whim, Lindner signed up to run the 2017 Chicago Marathon for charity. He joined the Chicago Area Runners Association, a nonprofit organisation with over 11,000 members.

Lindner credits the group for keeping him accountable and reigniting his passion for running.

Running doesn’t have to be all business. In France, runners can sign up for the Marathon du Médoc, a 26.2-mile race through scenic orchards with over 20 stops along the way. In San Francisco, the Bay to Breakers 12K race routinely draws tens of thousands of participants, many of whom are in costume. Every January, Walt Disney World in Orlando hosts a marathon weekend that includes a 5K, 10K, half-marathon and marathon.

Instead of signing up for a prestigious, big city race, 35-year-old Alex Quevedo of Irvine, California, chose the Star Wars Half Marathon in 2015. He wore a Stormtrooper tank top with white shorts for the race.

“There was a casualness to it,” he said. “There was more community.”