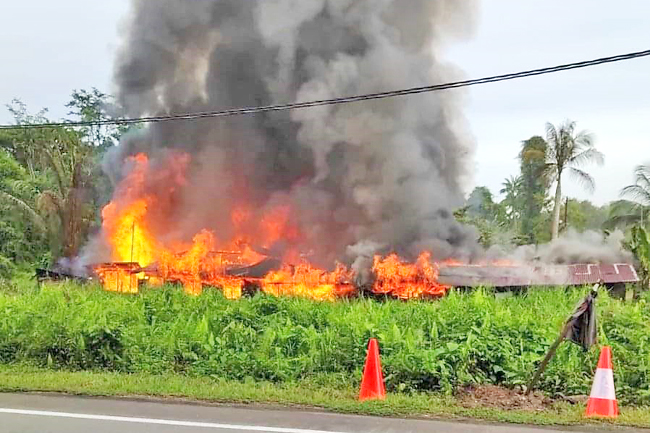 No fatalities were reported after an inferno tore through a workers’ quarter in Senukoh in Temburong District on Tuesday morning. ASO Lain anak Asun led nine firefighters from Bangar Fire Station to the scene after a 7.30am distress call was received, the Fire and Rescue Department (FRD) said. More details in Thursday’s Borneo Bulletin.