Led by Head of the MPK Kampong Amo Hujan anak Muit, the delegation was welcomed to the area by Chairman of the Teraja Longhouse committee Burong anak Nyanggau.

The visit aimed to establish closer ties and discuss opportunity to develop ecotourism between the two districts.

The delegation was briefed on the expansion and future development made to the Teraja Longhouse ecotourism efforts. They also observed the traditional dance and cultural performances. The visit concluded with a gifts exchange. 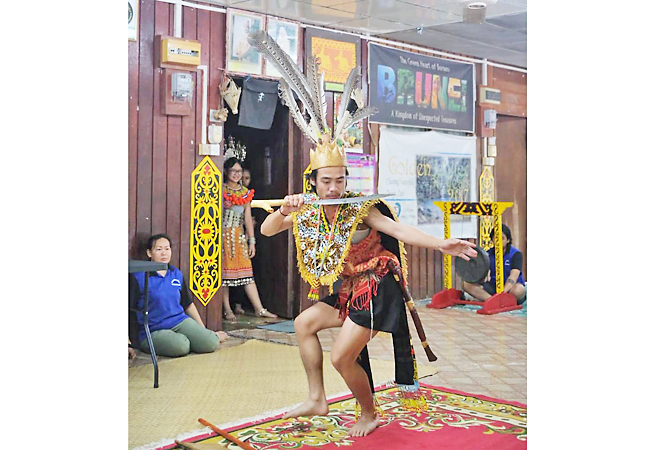