THE HAGUE, NETHERLANDS (AP) – Mark Rutte became the longest-serving Dutch prime minister yesterday, and the leader known by some as “Teflon Mark” because scandals don’t stick to him is showing no sign of slowing despite unrest gripping his nation and his party’s popularity sliding in polls.

Rutte has been in charge for 4,311 days, or almost 12 years, since he first became prime minister in October 2010.

“It’s the greatest job in the world, an unbelievable honour. I must say that there are now a large number of puzzles on my desk, but these things happen,” Rutte said late last month as Dutch politics entered its summer recess.

Foremost of those puzzles is the government’s goal of slashing nitrogen pollution that has sparked angry protests by farmers who have caused traffic chaos in recent weeks by blocking roads and highways with tractors, dumping waste including manure and asbestos on roads and torching hay bales.

Rutte, 55, leader of the centre-right People’s Party for Freedom and Democracy and head of a four-party ruling coalition, said he had no plans to celebrate becoming the longest-serving prime minister, which he called “a footnote”, and said he would not be in the country on the day. While his party has been declining in recent polls, it remains the largest in the splintered Dutch political landscape. 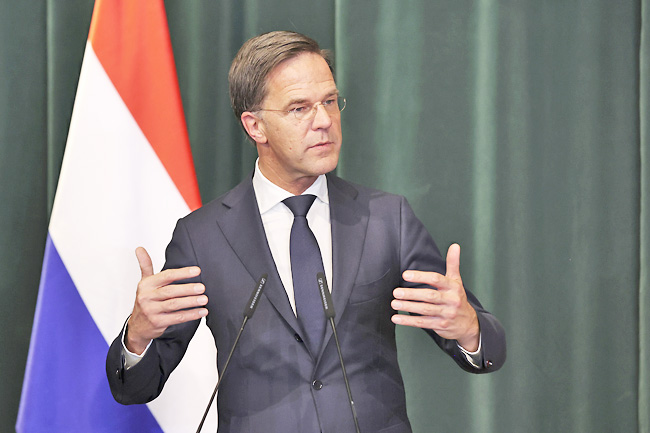 That fragmentation helped Rutte rise to power and is part of the reason he has remained in office for so long – he is now leading his fourth coalition government – said political scientist André Krouwel of the Vrije Universiteit Amsterdam.

He said Rutte won a power struggle within his own party at a time when traditional forces in Dutch politics – Christian Democrats and Social Democrats – were in decline and have stayed that way.

Now he has eclipsed the previous longevity record of 4,310 days in office set by Ruud Lubbers, a Christian Democrat who led the Netherlands from November 4, 1982, until August 22, 1994. Rutte is the second longest-serving elected leader in the 27-nation European Union, trailing only Hungary’s Viktor Orban.