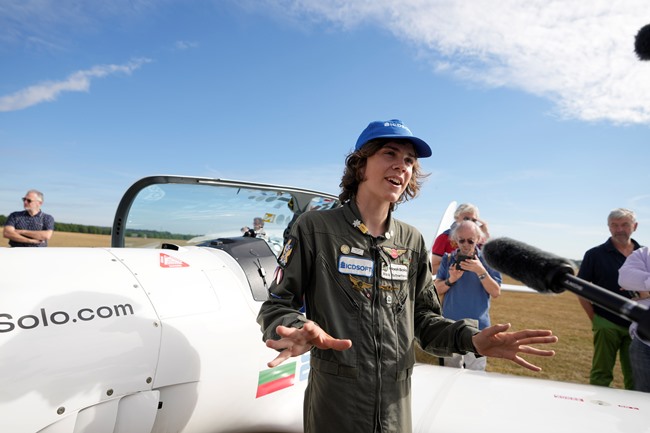 CHARLEROI, Belgium (AP) – A Belgian-British teenage pilot was on track on Tuesday to become the youngest person to fly around the world solo in a small plane as he landed in southern Belgium ahead of the penultimate leg of his global odyssey.

Mack Rutherford, who turned 17 during the journey, touched down at Buzet Airstrip near the city of Charleroi, where he originally learnt to fly. He’s due to land in Bulgaria on Wednesday. His aim: to displace Travis Ludlow of Britain, who was 18 when he set the record in 2021.