LOS ANGELES (AFP) – Three NBA teams said on Thursday they had banned fans from their arenas for inappropriate behaviour – including a Philadelphia 76ers fan who dumped popcorn on Washington star Russell Westbrook.

The Sixers said the fan was banned indefinitely from the Wells Fargo Center and had his season ticket revoked.

The unnamed spectator had triggered uproar on Wednesday after showering injured Westbrook with popcorn as he left the court during game two of the Wizards’ Eastern Conference playoff series against the Sixers.

The New York Knicks also confirmed they had banned a fan who spat at Atlanta Hawks star Trae Young.

And the Utah Jazz said they had banned three fans for comments directed at members of Memphis Grizzlies star Ja Morant’s family during the teams’ game on Wednesday.

“To see Trae Young spit on, to hear about Ja’s family, that doesn’t represent our league,” said Los Angeles Lakers star LeBron James on Thursday night. “Kudos to the league, the Knicks, the Jazz, and Philly. We are going to move forward.” 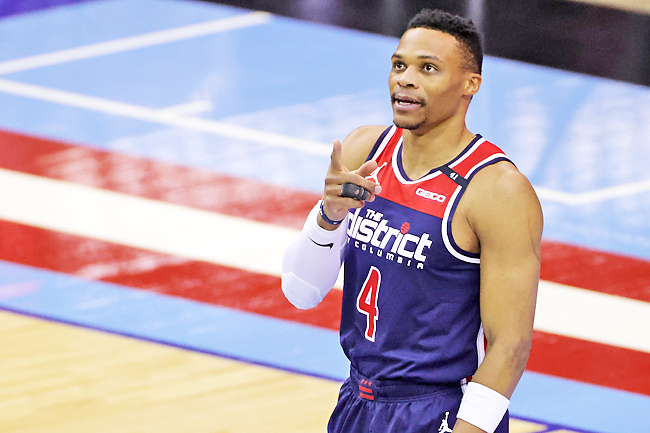