“We haven’t decided where we want to go yet,” said Faiz, to which Amal added that they were only aiming to win the lucky draw prizes.

“We almost went home, and the moment they announced our team name, we were shocked,” said Amal.The team hopes for BSM to hold more Walk-A-Hunt events so more people can participate and have fun with the challenges. 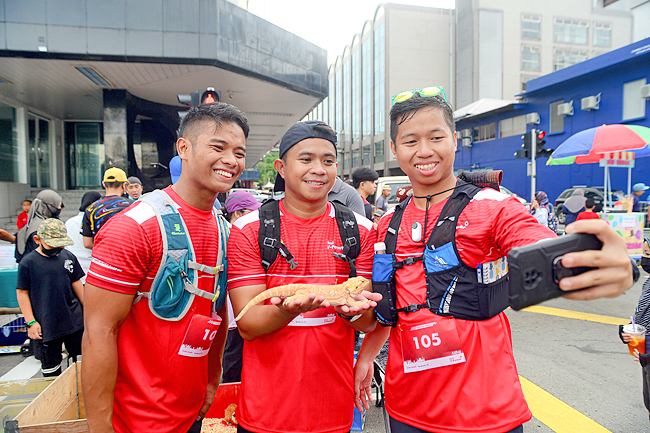 Challengers, formed into 150 teams, had to complete as many tasks as possible from over 20 physical, mental and digital challenges as well as surprise portions , such as a ‘fear factor’ test.

The event also offered sales of various Shell and BSM products for participants and the public.

Each participant received a Shell V-Power branded race kit consisting of a dri-fit shirt, a sports towel, and a drawstring bag with goodies.