NEW YORK (AFP) – Long out of favour in the United States (US), the idea of taxing rich individuals and corporations to pay for healthcare or to combat inequality is gaining ground among Democratic politicians.

While the US reveres free enterprise and is home to the world’s largest number of billionaires, such tax proposals have been gaining traction in political circles in recent weeks.

More than one Democratic contender in next year’s presidential elections are campaigning on some plan to tax the wealthy.

And they have been encouraged by famous billionaires such as Bill Gates and Warren Buffett, the world’s second and third wealthiest people, who worry about America’s severe wealth inequality.

Vermont’s left-leaning Senator Bernie Sanders was among the first in the recent wave. During his 2016 presidential campaign he called for higher federal income taxes to pay for free college tuition and universal healthcare.

Massachusetts Senator Elizabeth Warren has proposed a two-per cent wealth tax starting at USD50 million in earnings. New York Senator Kirsten Gillibrand is calling for a levy on financial transactions, and Sanders says inheritances should be taxed up to 77 per cent. With the Democrats now in control of the House of Representatives, the undisputed media star of the freshman class, Alexandria Ocasio-Cortez, is leading the charge: she has proposed a tax of 70 per cent on any income over USD10 million to help pay for a proposed ‘Green New Deal’ to de-carbonise the US economy and help prevent catastrophic climate change, while offering universal healthcare and guaranteed employment.

This so-called marginal rate of 70 per cent is not unprecedented in the US, but was last at that level 1981. The current top marginal tax rate is 37 per cent.

Raising corporate taxes is another Democratic priority, a subject inflamed by the recent controversy over Amazon, which has reported no federal income tax expenses for the past two years. That has stoked debate over highly profitable companies that do not pay into government coffers. Some Republicans have pushed back, with outspoken and media savvy Ocasio-Cortez drawing the most fire.

Grover Norquist, an anti-tax activist who has long pushed Republican lawmakers to pledge never to raise taxes, warned in January against soaking the rich, saying such taxes “always slip down to hit the rest of us.” But Joseph Thorndike, a historian specialising in US tax policy, said a reversal of the post-war trend of cutting taxes is within sight.

“Something is happening here,” he said. “We are beginning to have a discussion about that that we haven’t had since the 1960s or even the 50s.”

Top marginal tax rates in the US were very high following World War II, maxing out at 94 per cent. They began to fall in the 1960s and were slashed again under President Ronald Reagan in the 1980s.

In late 2017, Donald Trump and the Republican majority in Congress cut corporate and personal income tax rates, despite unanimous Democratic opposition which denounced the tax overhaul as a giveaway to the rich.

Trump, himself a billionaire, has attracted widespread scorn for refusing to disclose his own income tax returns, and accusations that his family maintained its wealth by evading taxes, an accusation he denies.

Why has the debate changed?

Yawning income gaps are one reason, Thorndike said. “People are willing to tolerate rich people getting richer as long as middle class people are also doing better,” he said. “When the middle and labouring class is stagnating, that creates social tensions.”

Trump himself may have been catalyst.

While most major changes in US tax policy came in times of crisis – wars or deep recessions – Trump’s unconventional presidency could mark “a sharp enough break” to bring about change, Thorndike said.

A Morning Consult poll conducted late last month for Politico found 74 per cent of voters were generally in favour of higher taxes for the rich, while 73 per cent favoured this for corporations.

Furthermore, 90 per cent believed such tax revenues should go to pay for healthcare or infrastructure.

But this apparent consensus masks significant divergences between Democrats and Republicans, and the tax issue remains very sensitive, analysts say.

The modest changes are sometimes a hard sell for the public while the “anti-rich” rhetoric of some Democrats could alienate certain voters, Thorndike said.

But Professor of Political Science at Stanford University Kenneth Scheve said, “There is a set of voters and politicians who are trying to innovate and respond in ways the country has not traditionally responded to.” 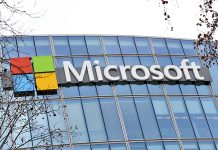 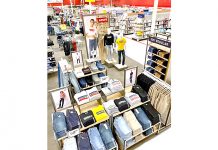 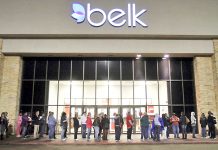