The Taman Mahkota Jubli Emas in the capital attracts a large crowd, especially in the mornings and evenings as well as on Sundays when the Bandarku Ceria is held.

The morning crowd most of the time comprises people who come for exercises and in the evenings it is mostly families spending time together.

On Sundays you can see a lot of foreigners and also locals who drop in at Taman Mahkota Jubli Emas after the activities at Taman Haji Sir Muda Omar ‘Ali Saifuddien. You can also see cyclists and roller skaters.

The place is a huge attraction among locals and foreigners alike.

It is well landscaped and the plants are very well taken care of. It is also kept clean. I see workers early morning cleaning the place.

However, my concern is the floor tiles here.

I have seen cracked tiles at several places and no action has been taken to replace them.

It is not confined to one place, but visible at several places. As the saying ‘a stich in time saves nine’, I think the authorities should look into the maintenance frequently and replace broken tiles immediately. It is not only an eyesore but it can also be dangerous as small children and the elderly patronise this place.

I also noticed the coverings on the drainage have been missing for some time. Cones have been placed, but what is the use?

Broken coverings should be replaced immediately because similar to the tiles, this also can be dangerous because someone could fall into it.

On October 7 morning I noticed a gym equipment had also collapsed.

Even the next morning, I noticed no action had been made to attend to it. It was lying exposed to the sun, rain and wind. I am sure this equipment costs a tidy sum. Leaving it to lie there, without being repaired is a shame.

Who is responsible for this?

I hope this will catch the eye of the authorities who will rectify it immediately. I also call upon the visitors to the Taman Mahkota Jubli Emas to use the equipment wisely and also to refrain from littering. 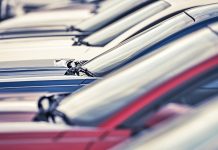 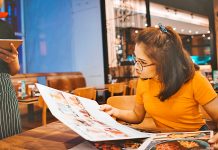